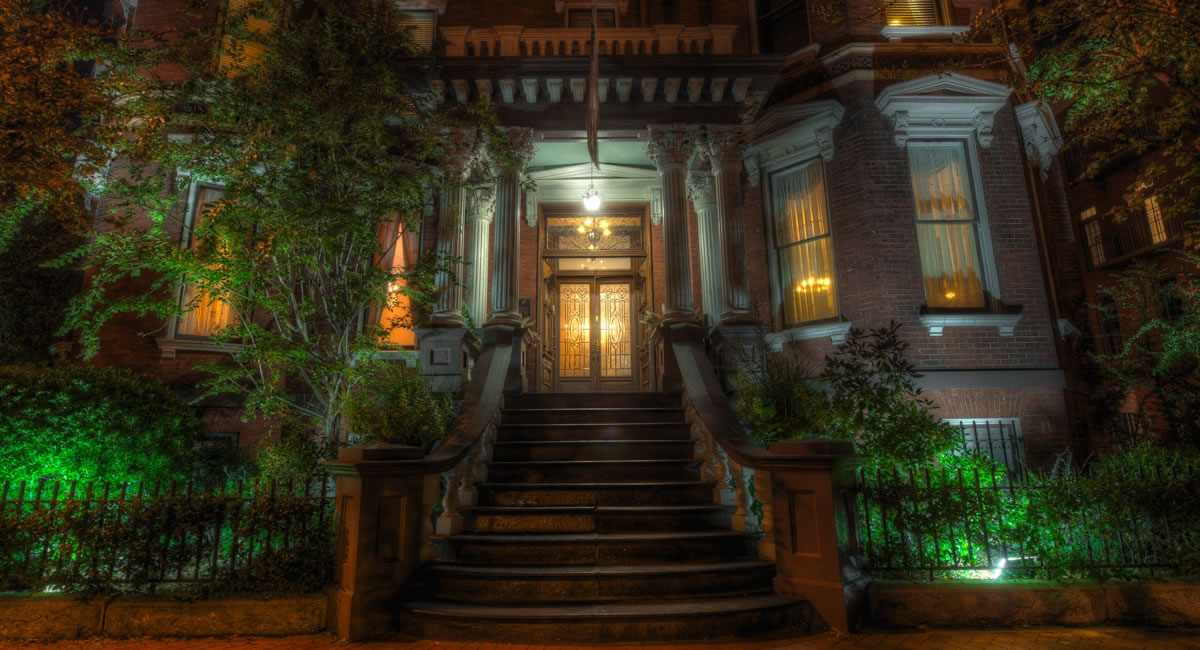 Located on Habersham Street and bracketed by State and York Streets, Columbia Square might just be one of the most haunted spots in all of Savannah. While the Square itself remains ghost-free (as far as we know), the houses dotted all around the plot of green space are some of the most paranormally active in the city.

The History of Columbia Square

Originally, Columbia Square earned its name after the poetic personification of Christopher Columbus himself. Like the District of Columbia (DC.) and other areas across the country, Columbia Square persists with the same emblematic name and does so in the heart of the Historic District.

Preservation in the Square

In Savannah, Columbia Square had another claim to fame as it was the location that truly spurred the necessity for historic preservation. In a period where Savannah sought modernization, many of the city’s historic houses were threatened to be torn. In the 1940s, even, there was a movement to convert all of the squares along Habersham Street–including Columbia Square–into a thoroughway.

Thankfully this plan was ultimately denied in 1946 and Columbia Square still exists today.

Another almost-victim of modernization was one of the houses on the square. Built in c. 1820, Davenport House was first home to Isaiah Davenport, his family and their enslaved servants. Despite its stately origins, by the early twentieth-century, Davenport House found itself in the midst of one of the seediest parts of town. It was a rooming house and fell into disrepair–it was, for a lack of better words, nothing but a rundown property with hints at an elegant past.

The property was deemed fit to be “demolished” in the early 1950s. And it would have been, too, if not for a group of local citizens furious with even the prospect of such a historic building being torn down into rebel. The group of likeminded individuals banned together to purchase the house themselves. This save would be the first act of the Historic Savannah Foundation, which continues today to keep historic properties from facing ruination. As for this area of Downtown Savannah, it is now the largest urban historic district in all of the United States. Thanks to all those women, and perhaps some key male friends, the Davenport House was saved from meeting a fateful end with countless construction workers tearing it apart.

The eventual result of this movement was the creation of the Historic Savannah Foundation, which went on to save over 1,200 buildings. Over 400 of these properties were actually built before the Civil War, truly making Savannah one of the most important historical locations in the country. Many of the buildings saved by the Historic Savannah Foundation now form the backbones of many haunted ghost stories told by our guides here in Savannah.

After all, when a house faces ruin no doubt all of the property’s spirits have a new tight grip on the afterlife.

The Ghosts of Columbia Square

The Columbia Square area borders an area to the east in Savannah known as the Eastern Commons which housed a collection of boarding houses, taverns, bordellos, grog shops, shacks, and small mercantile operations throughout most of the 19th century. It goes without say that Columbia Square is considered to be one of the most haunted areas in Savannah.

The Haunted Houses of Columbia Square

Dozens of Irish families lived in the Davenport House during and after the potato famine years, and the Irish often mingled and socialized with the Africans and Germans in such places as the 17hundred90 Inn. The 17hundred90 Inn, ow a gourmet restaurant downstairs with quaint rooms upstairs, was once a boarding house for a rollicking group of sailors, shipbuilders, and laborers.

The 17hundred90 Inn also houses one of Savannah’s most famous ghosts – a female spirit named Anna. Legend relates that Anna was a 16-year-old Irish servant who came to work at the inn during the early 1800’s. According to one version, Anna fell in love with a German sailor who promised to marry her when he returned from sea. But like all tragic ghostly love stories (of which there are many), Anna’s beau never returned. On one lonely night, Anna sat upstairs in her room. Weeping about the loss of her beau, Anna found herself unable to continue living without him. She stood, crossed the room and leapt from the window to the street below. There was no chance of survival–her neck had snapped and her death was immediate. Guests of The 17hundred90 Inn now say that they see her spirit roaming her old room: Room 204.

But The 17hundred90 Inn is not the only such haunted house on Columbia Square–The Kehoe House, which sits adjacently to the green, is rumored to be one of the most paranormally active properties in the Historic District as well. Built in 1892 for the Kehoe family, rumors of death at this property have circulated for years. One such story is that of two of the young Kehoe children getting stuck in the chimney of the house. For hours, days, Mrs. Kehoe wandered as she tried to find our young children–but it was only when she was affronted with a terrible smell that the truth was revealed . . . her children had perished within the chimney stack itself.

Don’t worry! This story is not true, though it’s often repeated enough as though it was. The eery sounds of children playing are heard by guests of the bed & breakfast, even when no children are present. Residual energy, perhaps, of the children who did once live here. But at this haunted inn, don’t be nervous if you feel a cool hand whisper through your hair as you sleep. Like we said, The Kehoe House is certainly one of the more paranormally charged properties in the Historic District.

Another haunted property on Columbia Square is none other than The Davenport House, which was the start of the preservation movement. The spirit of a young girl has been seen on the property, although her identity has to be discovered. Thought to be one of the women who may have stayed at the property during its time as a boarding house, she is most commonly seen ascending the stairs or glancing out the windows.

While ghostly stories surrounding The Davenport House mention the specter of the girl, the more reported paranormal activity relates to an infamous ghost cat. It’s been seen in the windows, running across the yard, scampering from room to room. However, as there is no cat at The Davenport House, we’ll just have to assume that this feline had some unfinished business at home when he passed away.

If you find yourself wandering the Historic District, be sure to check out Haunted Columbia Square! And if you’re keen on discovering more about Savannah’s most haunted locations be sure to join Ghost City on one of our nighttime ghost tours!

Learn about other haunted Squares in Savannah

A hotspot for Ghost Tour Companies 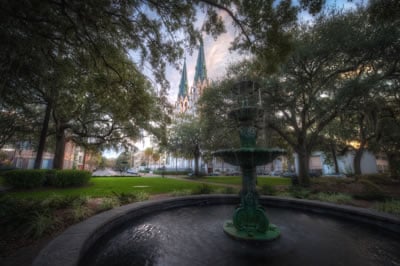 Who haunts this beautiful Square 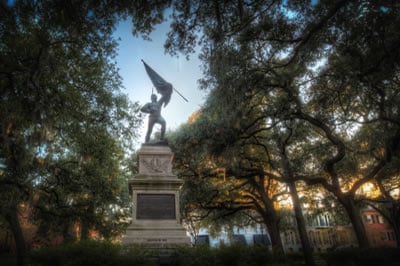 Is this Savannah's most haunted Square?