The History of the Moon River Brewing Company

The building that houses the Moon River Brewing Company was built in 1821 by Elazer Early. It was first used as the City Hotel. Savannah's prominent and wealthy residents regularly gathered here to share in the fine spirits which were imported from all over the globe. A number of notables people stayed at the City Hotel throughout the years, including James Audubon who was a guest at the Hotel for over six months. The Savannah City Hotel hosted its last guest in 1864, right before General Sherman claimed the city in his famous March to the Sea during the American Civil War.

The Ghosts of the Moon River Brewery

Ghosts in the Basement

On the second floor of the Brewing Company, the famous shooting of James Stark took place. Shot by a town physician, Phillip Minas, Stark was killed on the staircase..or was it by the kitchen (ask three people and get three different answers). You will come to find that many of the stories in Savannah have different versions, all depending on whom you are talking with. Starks ghost is said to roam the main floor of the Moon River Brewing Company.

Dine with the Ghosts at Moon River

I personally have been witness to two events at Moon River which can only be explained by the ghosts of the Moon River Brewing Company messing with people. Last summer I was on a date with a lovely young lady. We went to the Moon River for dinner. During the course of dinner, she excused herself to the restroom. The minutes ticked by as I started to wonder if she really bailed on me! Almost 10 minutes later she came back to the table, tears streaming down here face. I asked her what was wrong, is everything okay. After she took a deep breath and composed herself she proceeded to tell me that she was in one of the stalls. When she tried to exit the stall, the door would not open. She assured me the door wasn't locked. She pushed on the door with all of her weight, but the door would not budge. She started to panic but didn't want to cause a scene. After trying for another minute she desperately called out, "Let me out of this stall!" She gave the door another push..and it came right open. She went outside to try and calm herself before coming back to the table. She didn't know I was interested in the paranormal and ghosts and thought I would judge her crazy. A minute later the waitress came to our table to refill our drinks. She noticed that my date was a mess and asked if everything was okay. My date looked at the waitress and said, "You won't believe me if I told you, but something just happened to me in your restroom, I think a ghost was messing with me." She told the waitress the whole story, just to have the waitress reply "Yeah, you're not the first to have that happen to them, the ghosts like to hang out in the women's restroom for some reason." I don't think that made my date feel any better.

Another time I was sitting at a dining table having dinner with a friend. All of a sudden she jumps and her face turns white, almost instantly. All of the blood drained from her skin. I asked her what was wrong. She told me, "Something has grabbed my leg twice, the first time I thought it was you, but this time both of your hands are where I can see them." I asked her what she meant...something grabbed her leg. She said it felt like someone had gripped her thigh and squeezed, she could feel a hand squeezing her leg. Well, she has refused to ever go back to the Moon River Brewing Company since.

Ghostly Activity on the Upper Floors

On the upper floors, all sorts of ghostly and shadowy events have been reported. The infamous 'Lady in White' (why are ghosts always dressed in white), people being pushed down the stairs, construction crews being chased out by unseen forces...it has all happened on the upper floor of the Moon River Brewing Company.

According to many sources, the fourth floor of the Moon River Brewing Company seems to harbor dark energy. It is known that during the many Yellow Fever outbreaks in Savannah that oart of the building, including the top floor, was used as a makeshift hospital. Of course, there were many deaths in the building from the people who lost their battle with this horrible disease. It killed without mercy. Is the energy that people feel on this floor, are the ghost that people see and experience up there the result of the death and suffering that occurred when the building was used as a hospital? It is certainly possible.

Throughout the year, numerous groups come to Savannah for a chance to investigate the Moon River Brewing Company. Honestly, it is a very hard place to investigate. It is right beside the main street in Historic Savannah. With thin walls, it is very easy for noise to leak in from the outside.

Where is the Moon River Brewing Company Located? 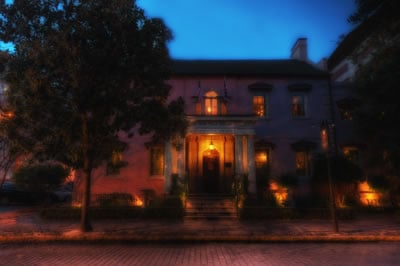 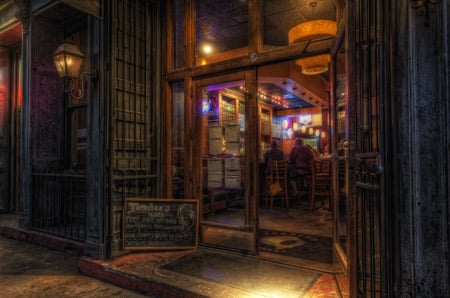 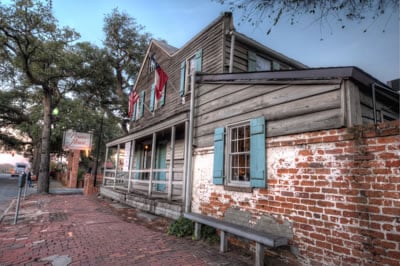