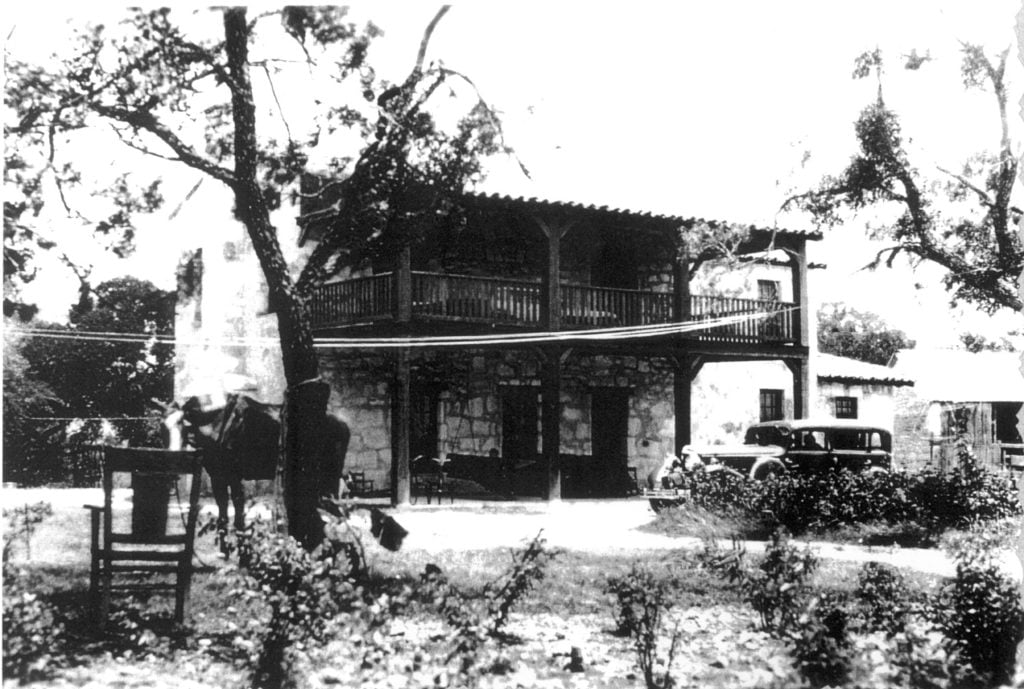 Seated in the outskirts of San Antonio, in the rolling Leon Valley, is perhaps one of the oldest properties in the area: the Huebner-Onion Homestead. Today, this historic site has been closed off to the general public, thanks largely to some amateur ghost hunters who ran roughshod over the property in search of the home’s original owners. Even so, you can still cozy up relatively close to the nineteenth-century house, close enough to come into contact with one of the property’s spectral residents.

The History of the Huebner-Onion Homestead

Built in 1858 for Austrian jeweler Joseph Huebner, the Huebner-Onion Homestead was once only a one-story limestone house that was soon after converted into a stagecoach inn. You see, Huebner’s property was excellently situated between Bandera and San Antonio—it was perfect for reeling in those travelers who were all too aware that the ride between the two towns in the dead of night was unsafe.

The terrain was a death-trap on its own, with muddy soil prone to slipping up horses or carriage wheels. But it wasn’t just the terrain that could do a traveler in—another threat came in the form of Indian raids that ran rampant in the area.

For those riding on by Huebner’s stagecoach Inn, well, they probably got a glimpse of a candle burning in the window, perhaps the decadent scent of a hot meal wafting in the air, and headed straight to it. Between the choice of possible death or the option of a proper bed and a meal, there wasn’t actually a choice involved.

To say that Huebner was successful would be an understatement.

By the 1860s, he’d opened a horse stand next to the Alamo, where he cared for the horses and taxied around visitors in San Antonio. By 1874, however, Huebner’s empire threatened to come crashing down around him. The number of Native American raids hiked up, and Huebner’s lot of cattle were stolen right from under his feet. Desperate, destitute, he demanded compensation from the government. The government agreed, but the money never came.

What happened next to Huebner is a bit of a mystery. He passed away in 1882, but the cause has been lost to time. The most popular rumor? That poor Joseph Huebner went for a bottle of whiskey, downed its contents and died shortly later.

Not from alcohol poisoning but from the kerosene.

The Ghosts of the Huebner-Onion Homestead

Huebner left no will and was buried across the creek from his home. For a time, the property sat vacant, and by the time the next owners settled in, the ghosts of the Huebner Homestead had already made themselves comfortable.

Judge John Onion, Sr., and his family were ecstatic to live at the property—until all of the activity began to occur. On more than one occasion, John Onion Jr. recorded the steps creaking mysteriously, as though someone was attempting to climb them.

He wrote once that “many a time I—when I was sick in bed—had my eyes glued on the door to see who might walk in. And I never told anybody because I didn’t want anybody to think I was superstitious or heard ghosts or anything. Then, I found out that a good many of the other members of the family had had the same experience.”

Machinery would click on and off throughout the day, like the laundry press that would heat to a hissing steam on its own, even though it had remained untouched. Unexplainable activity continued throughout the years; plates shattering, the distinct notes of piano keys echoing in the breeze. Most common of all were the beating of horse hooves clopping across the yard, as though the Huebner-Onion Homestead’s past as a stagecoach inn is still well and alive on an alternate plane.

Is the Huebner-Onion Homestead the most haunted place in San Antonio? We at Ghost City don’t think so, but the number of paranormal accounts and witnesses make it a great candidate. But can you visit today? Not unless you want to attract the attention of local police forces. Still, the story oft the Huebner-Onion Homestead does make a very good one.