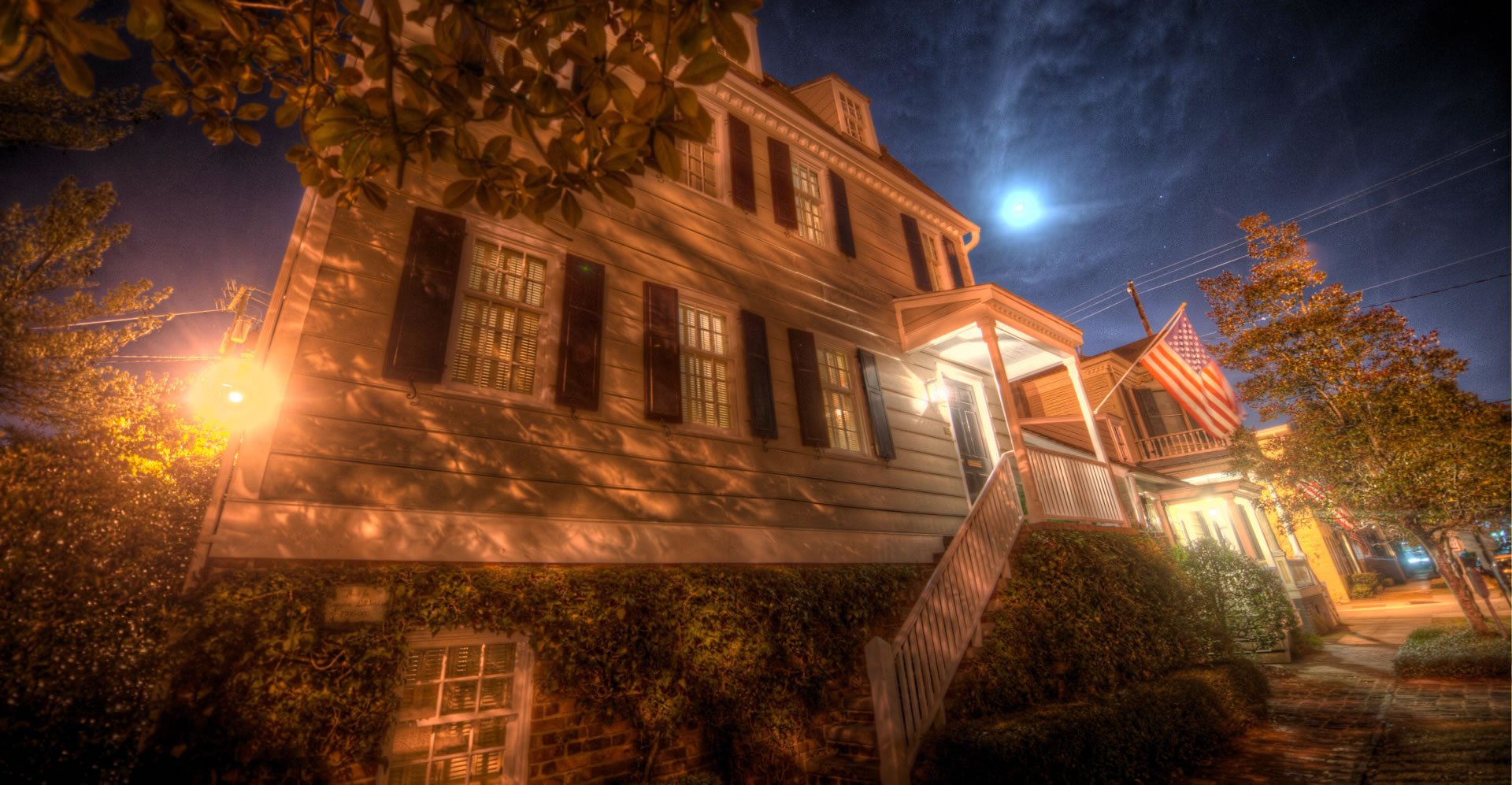 Just yesterday I received a phone call from one of the guests who took one of our ghost tours this past weekend. While most phone calls are from people telling us what a great time they had on the tour this person had a complaint. His complaint? "Last year we took a ghost tour with (another ghost tour company in Savannah) and they took us to places that you guys didn't. We didn't think we were told the whole story about the haunted places when you guys leave some of the best stories out." The Hampton Lillibridge House was the one specific place that he mentioned. So, I wanted to let you, our guests, know why we do not visit some of the places that other tour companies may go.

Not every story is true or relevant

The Hampton Lillibridge House is considered by many to be a very haunted house. To us, it isn't. Stories have surrounded this house for many years, ever since Jim Williams had the house moved to St. Julian Street. Demonic presences, ghostly visions and more were reported by Jim Williams. The house was so haunted that a Catholic Bishop was called in to perform an exorcism on the house. Apparently the hauntings continued in the house even with the efforts of the Bishop to rid the house of any spiritual or demonic presence.

Now, fast forward about 40 years. Today, the Hampton Lillibridge House sits on a quiet street on the east side of the Historic District. It is a favorite stop for many ghost tour companies here in Savannah. I have to be honest, though, I don't understand why. Okay, I will concede that the backstory is interesting enough. However, nothing has happened there for quite some time. Almost a year ago I had the chance to share a glass of wine with the owners of the Hampton Lillibridge House in Washington Square. They told me very emphatically how frustrated they are with the tour companies, that their house isn't haunted. They told me that since they have lived in the house they have not had one instance of anything paranormal happening. This wouldn't be the first instance of a haunting simply ceasing to happen at a house or other location. It happens a lot. The ghosts of whatever is inside the house simply vanish, apparently ready to move on to another existence or simply another place.

There are more interesting places

On our ghost tours, we make a real effort to keep new material coming into our tours, to keep them fresh and relevant. Not everyone coming to Savannah wants to hear the same story over and over again. This is one of the main reasons our ghost tours do not go to the Hampton Lillibridge House. I don't believe that it is haunted anymore.

Another big reason we do not go to the Hampton Lillibridge House is out of respect for the residents that live there and in the surrounding houses. Imagine sitting in your living room and having tour groups stop in front of your house all night, speaking about how haunted your house is, all the while knowing it is 75% rubbish? One of the stories that I often hear other ghost tour companies saying is that they house is soo haunted the people cannot live in the house for more than 2 years before the ghosts force them to leave. The individuals who live there have lived there for a few decades. So, in order to maintain the best relationship with the residents of some of these neighborhoods we simply do not go there out of respect.

Our commitment to providing exciting ghost tours in Savannah

Our commitment to you, our guest, is to provide the most exciting and interesting experience in Savannah after the sun goes down! We work very hard to make sure that the information presented on our tours is not only entertaining but accurate and entertaining. New information surfaces about the hauntings of Savannah. New locations are discovered, new information about old stories is uncovered. These are the places where our efforts are focused.

For more information about the ghost tours we offer just give us a call or visit our ghost tour page.

This is a private residence. Do everyone a favor and admire from the other side of the street. In addition, don't be flashing your camera or lights at their house after dark. You wouldn't like it if someone did it to you.

Get to know Savannah's Most Haunted Houses 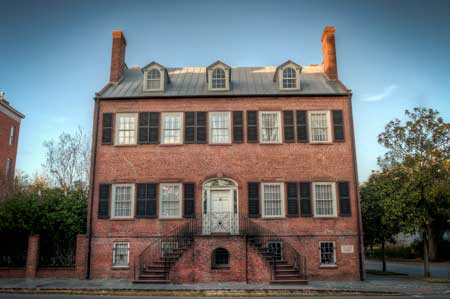 A ghost cat is said to haunt this home 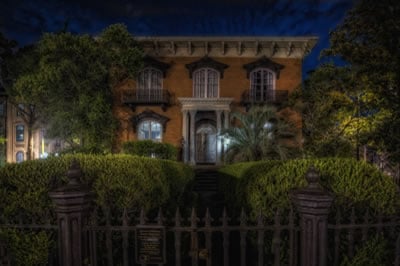 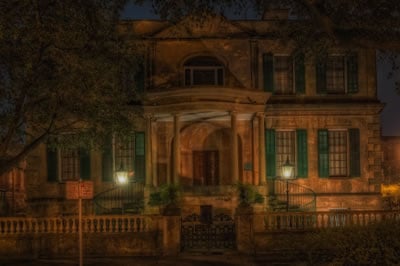 One of Savannah's haunted historic homes