Spend Halloween in a Haunted Hotel

Cuddle Up Against the Ghosts of Savannah

Looking to make your spooky stay even spookier?

From hair-raising hotels to bone-chilling B&Bs, historic buildings are Savannah’s bread and butter. No visit is complete without resting your head in some of the most ghostly of them all. 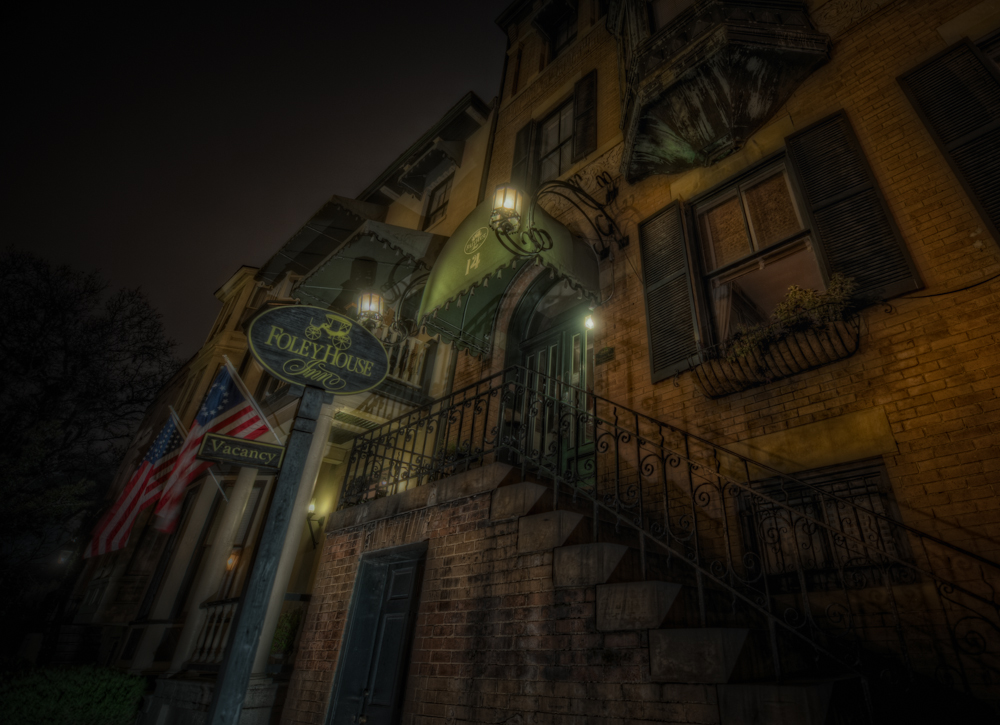 This small, luxury hotel with a homey B&B vibe has been a staple of Savannah for many years, but what many may not know is that it also has a dark history, as well.

Constructed over the ashes of a home destroyed by the Great Savannah Fire of 1889, the building has long had an air of the macabre about it, but it wasn’t until 1987 when the reasons became more clear.

Though the person was never officially identified, many believe he was a wealthy exporter in Savannah on business who abruptly disappeared sometime in the late 1800’s—perhaps murdered.

Now, guests report a man in a top hat walking around the garden late at night, who they’ve nicknamed “Wally,” and other strange phenomena such as strange noises and gusts of air.

Doubling down on their permanent guest, The Foley House Inn offers a Haunted Savannah Package that will get you off on the right foot this Halloween season.

Has the man in the wall ever really left? Find out for yourself.

To date, three separate apparitions have been reported at The 17Hundred90 Inn, but the most notorious of them is a forsaken bride by the name of Anna.

It seems that Anna, who had been married off at a young age to a man she could not stand, had fallen hopelessly in love with a sailor. On the night he shipped out, she chose to throw herself from her 3rd floor window rather than live a life without him.

Now, guests staying in room 204 often report unusual activity such as jewelry being displaced, or having bed covers moved in the middle of the night.

When it comes to a spooky place to take a load off this Halloween, you won’t find much better than this historic inn. Maybe you’ll get to meet Anna for yourself. 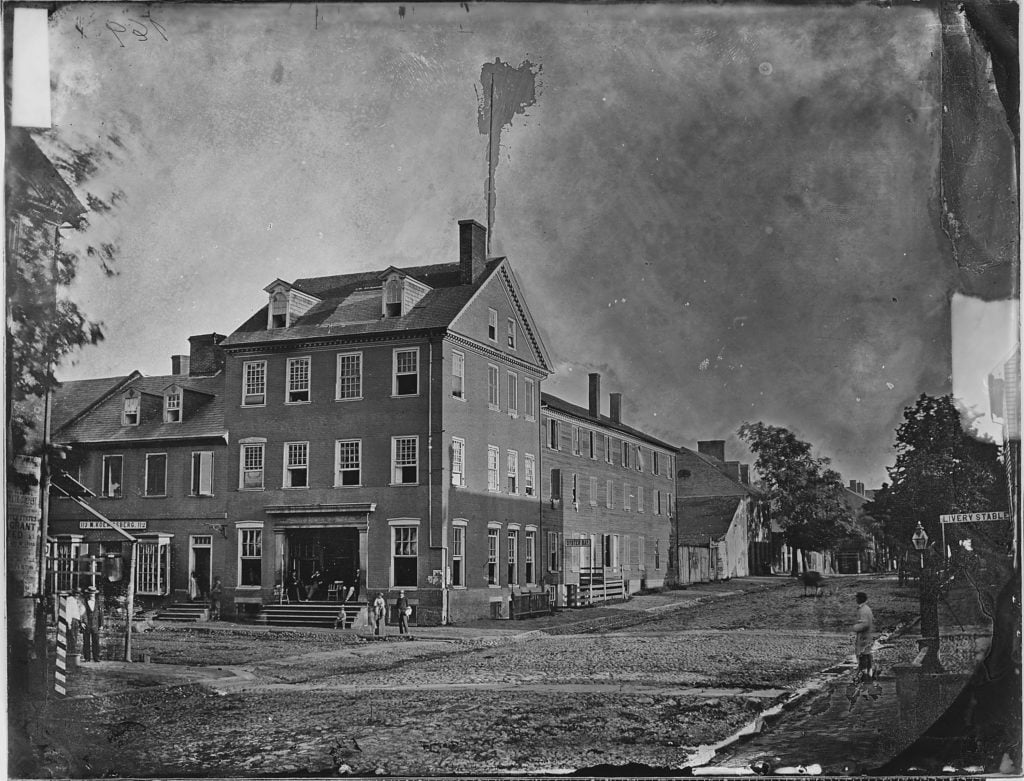 There are few historic hotels in Savannah that can claim the documented history than The Marshall House has.

Having once served as a hospital, this celebrated downtown landmark bore witness to both the atrocities of the Civil War as well as two devastating yellow fever epidemics.

It is even said that, after a series of renovations, a mass grave of amputated limbs was discovered buried beneath the basement, fooling some investigators into suspecting that a serial killer had been operating in the area.

Considering its history, it’s no wonder that guests have long reported seeing ghosts in the foyer, or hearing footsteps marching up and down the halls at night—and that is only the half of it.

The Marshall House continues to be a touchstone for haunted inns, not just in Savannah, but in the world. If you’re looking to get into the mood for some Halloween frights, a stay here would surely do the trick. 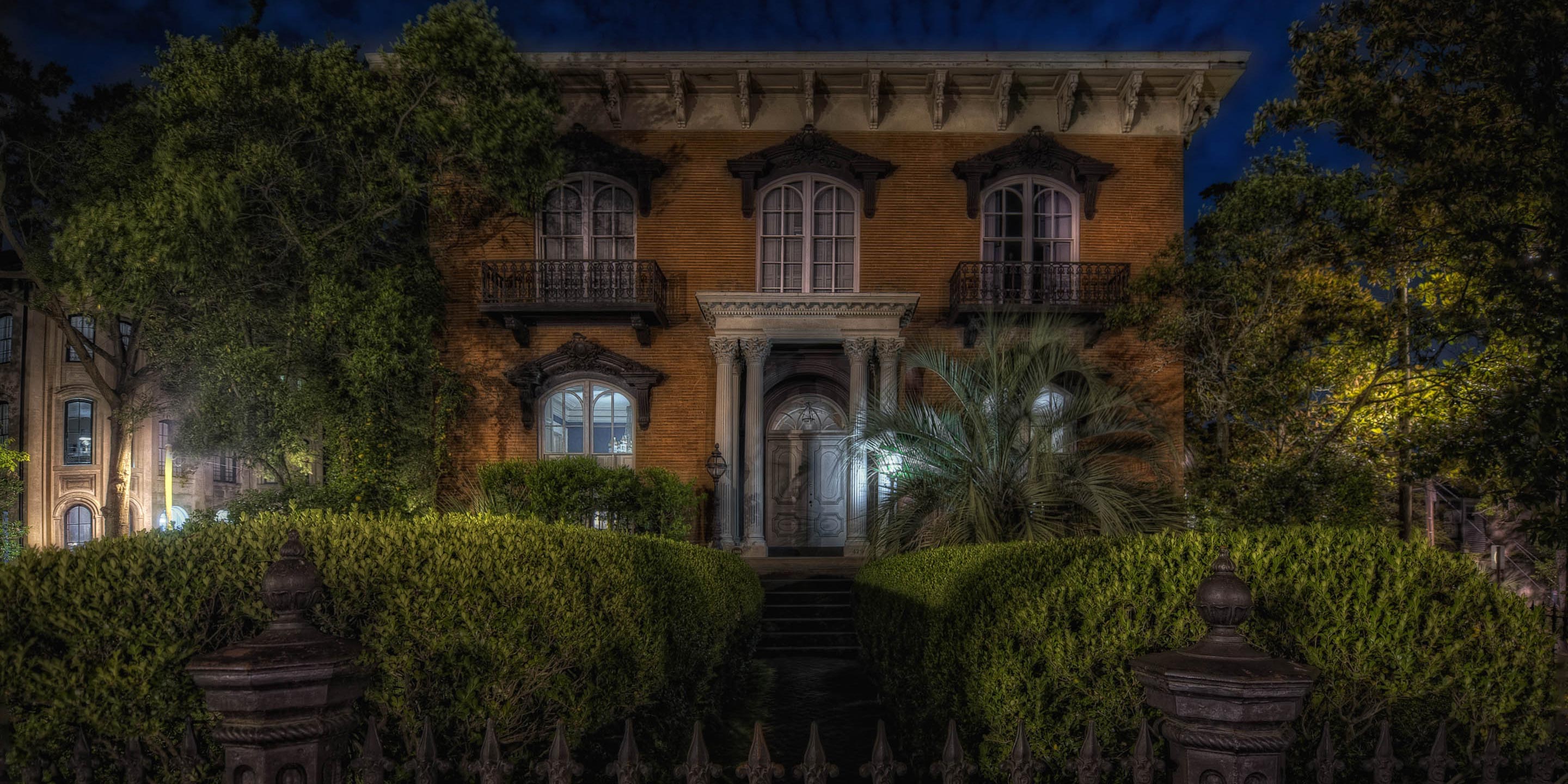 Nestled in the heart of downtown, right on what Southern Living Magazine called "the most beautiful street in Savannah," this bed and breakfast offers its guests a romantic, adults only vacation getaway.

Adults, that is, except for the young girl in a white dress who is often seen walking the hallway late at night. I suppose they must have made an exception, because this permanent guest is still seen to this day - often alongside a Confederate soldier who favors the upstairs window.

Together they have made this cozy B&B one of the most famously haunted buildings in all of downtown, and even begged the attention of paranormal investigators who agreed unanimously that there was something not quite right about this popular spot.

The South Magazine was surely spooked when they paid a visit, giving The Eliza Thompson House a respectable 4.5 out of 5 when comparing it to other downtown buildings on their "Fright-O-Meter" scale. In a city where hauntings spring up like weeds, that’s pretty impressive. If you’re looking to add a little romance to your Halloween, make your way to the Eliza Thompson House.

There is no question that The Kehoe House belongs on the list of Savannah’s most haunted Hotels and Inns, and anyone who has ever braved a night at this small but luxurious B&B will probably tell you the same.

But what might be surprising about this Queen-Anne-style mansion is that ghosts have become a welcomed attraction, and many of the guests have commented on their sweet dispositions.

Take for instance the Lady in Grey who haunts room 203 and has been known to gently stroke the hands of her cohabitors, or even kiss them on the cheek.

Of course, she doesn’t just stay in her favorite room, but is known to walk the grounds of the mansion as well, making sure that the guests have everything they need to enjoy their romantic getaway.

Who the Lady in grey is may be unknown, but it is clear that when it comes to hosts, she remains the ghost with the most.

If a nightly tucking in by the Lady in Grey sounds like your kind of Halloween, make your way to 123 Habersham St.