The Top Places to See a Ghost in San Antonio 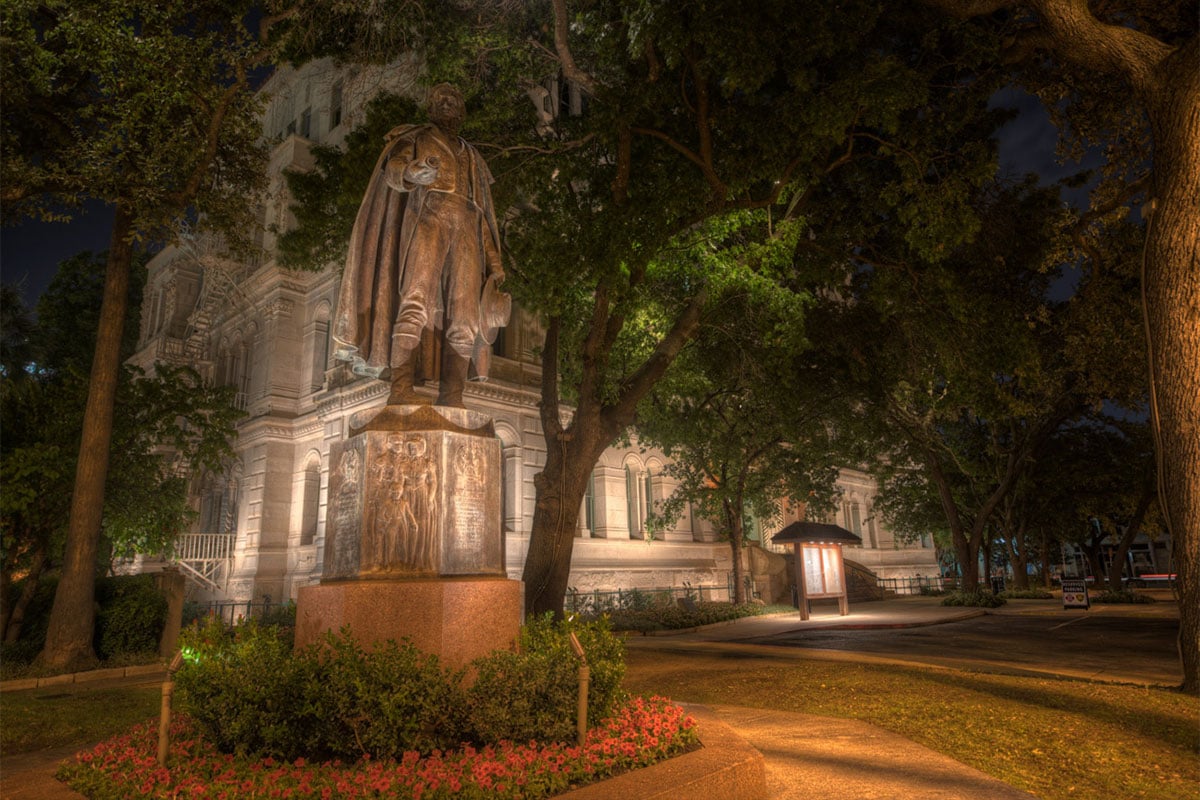 Have a Ghostly Encounter in San Antonio

Is seeing a ghost is high up on your list of things to do before you die, and become a ghost yourself? Well then, add San Antonio to your list too. As San Antonio, is one of the most paranormally active cities, not just in Texas, but in the whole country.

The home of the Alamo, is home to some of the most terrifying folktales and ghost stories ever told. This haunted city has one of the most gruesome histories. A history so riddled with bullets, that it is almost unrivaled in spilt blood.

It is because of this blood soaked history that San Antonio is a ghost city. Seriously, we're not talking about one or two alleged hauntings. There have been hundreds of supernatural encounters throughout the city over the years. So, your odds of running into Casper, are pretty good. Well, at least better than winning the lottery, or leaving Las Vegas a winner.

While, we can't guarantee that you will see a fully formed apparition on your visit to San Antonio. There are a few locations that have a higher success rate, for those brave souls who dare to seek out the paranormal.

So, where are these haunted locations? Well, we're here to answer that question. Because, like Vanilla Ice, if there's a problem—yo, we'll solve it (slightly paraphrased). So, here is Ghost City's list of top haunted places you just may see a ghost in San Antonio before you die.

The Mission San Francisco de la Espada, or Mission Espada as it is more commonly known in San Antonio, was founded in in the year of 1690 by the Spanish. Its purpose was to convert the local Native American tribes to Catholicism. Also, to strengthen the territory of New Spain against France's growing encroachment.

Mission Espada was relocated a number of times in its early years of operation. But, finally settled at its current location (10040 Espada Road) along the San Antonio River on March 5th of 1731. For most of the seventeen hundreds, the mission and its community flourished peacefully.

However, things were a different story by the seventeen-nineties, as Mission Espada had become impoverished. The mission was further harmed in 1826, when their cornfields were destroyed and livestock killed during a raid by the Comanche. Later that year, a kitchen fire was ignited and burned down most of the mission. But, the chapel survived despite the chaotic misfortune.

Today, Mission Espada is ran by the National Park Services. While, no one has lived at the mission in quite sometime. It is said to be the home of several ghosts: the freewheeling spirit of a former conquistador, ghostly Spanish soldiers still in their armor and the lost soul of a converted Native American, who prays at the mission's altar.

The Briscoe Western Art Museum (210 W. Market Street) was once the home of a man by the name of John McMullen. It is believed by many that John's ghost doesn't really care that the building is no longer his home. Viewing that it is his responsibility to protect the grounds in death.

John McMullen, has good reason to be so protective of his former home. As in (or around) the year of 1853, John was killed during a robbery at his residence. From that day on, people have experienced strange occurrences while at the building. Usually, it's just your typical haunted ongoings, but former staff members have actually reported seeing the shadowy apparition of John McMullin. Still at work, patrolling the museum, ready for any would be intruders.

The McNay Art Museum (6000 North New Braunfels Avenue) is also said to be haunted. The ghost who lurks around the McNay, is thought to be the former mistress of the mansion, prior to its museum era. Staff and visitors alike, have claimed to see her ghost haunting around at the west wing of the museum. Some have even heard the ghost humming, and smelt the pleasing aroma of lavender.

Another haunted mission, is Mission San Juan Capistrano (founded in 1731 by the Franciscan Order) named in honor of Saint John of Capistrano. Saint John, was infamously known as both the"the Saint Soldier" and"the Warrior Priest." Since the mission first settled alongside the eastern banks of the San Antonio River (9101 Graf Road), it struggled greatly.

San Juan, never reached the same level of success as other missions in San Antonio. The mission was disbanded in the early eighteen hundred, and was left abandoned until the year of 1840. It was in that year, Diocesan priests stepped in, once again offering religious services.

Like Espada, San Juan is also operated by the National Park Services. And, as previously mentioned like Espada, San Jaun too is inhabited by the ghostly sort. People visiting have felt the cold dead breath of the lost souls whilst walking through the mission. Some have even seen the spirits of priest walking about at all hours of the night.

The Bullis House (621 Pierce Avenue) was completed in the year of 1909, for General John Lapham Bullis. Bullis was a native of New York, who arrived in Texas after serving in the Union Army. He was brought down to Texas, to aid in battles against the Native Americans. This controversial and turbulent era took place from 1867 to 1882. Bullis became famous for his battles, and his role in the capturing of the legendary Geronimo.

From there, Bullis went on to serve in the Spanish-American War. And, later, in 1906, he was promoted by Theodore Roosevelt to brigadier general. However, the following year, Bullis retired. In 1909, he and his family moved into the newly constructed house on Pierce Avenue. Interestingly, the house was said to have been built on top of a former prison.

In 1983, the Cross family bought the Bullis House, turning it into the bed & breakfast, we know today. Over the years, the inn, has seen its fair share of paranormal activity. Including: the disembodied laughter of a man, the lost soul of an apache warrior and of course, the ghost of General John Bullis.

Yet another mission with tales of ghosts, is the Mission San Jose (6701 San José Drive), also known as the"Queen of the Missions." San Jose, was dubbed the Queen, as it is the largest of all of the missions in San Antonio. The mission was founded in the year of 1720, by Fray Antonio Margil de Jesús.

San Jose's unquestioned beauty is highlighted by one aspect above all others, the Rose Window. Located on the south wall of the church, it is one of the main points of interest at the Mission. The window was sculpted around 1775, and has developed quite the haunted legend over the years.

A craftsman helping in the construction of the church at San Jose,was struck with the misfortune of losing his love, Rosa. To immortalize her, he made the rose window. Some say, on certain evenings, you can see the ghost of Rosa looking out of the window, up at the stars glowing in the night's sky.

Our Lady of the Lake University

Our Lady of the Lake University (411 S.W. 24th Street) was founded in 1895, by the Sisters of Divine Providence. The college, however, is said to house more than just students. You guessed it, the other inhabitants at this institution for higher learning are ghosts!

One of these spirits, is a young boy, who goes by the name of Jack (his origin is unknown). Those who have seen Jack, are the residents of Pacelli Hall dormitory. There are few reports of actual run-ins with Jack's apparition. But, apparently he is more rowdy than the frat boys. He is also said to have sticky fingers, constantly committing acts of thievery. However, he will occasionally return the items he steals.

While, you are not guaranteed to see the mischievous and allusive spirit of little boy Jack. Have no fear, as there is more to tell. Our Lady of the Lake, is also known for its regular sightings of ghostly nuns. These nuns are usually spotted roaming around the campus.

Former students also complain that the old library is haunted. In the past, the drawers to the card index have spontaneously flung open. The cards will then begin to ruffle around on their own will. In the basement of the old library, things can get even a little creepier (as one might expect). It's said that the copier located near the entrance of the basement floor, will turn on whenever it wishes, producing copies of images, despite the fact that there was nothing for it to duplicate.

Alright folks, there you have it, Ghost City's top places where you just might see a ghost in San Antonio. So, make your plans, book your tickets or fill up the gas tank. You're supernatural adventure awaits you in San Antonio.