Whether you’re looking for an exciting downtown experience, or some quiet solitude among the ancient live oaks on your first haunted hayride, Savannah has the outdoor activities to get you moving.

Nothing says autumn like the great outdoors, and while the leaves may not change in Savannah’s Lowcountry, the cool weather and low humidity are enough to get even the most humble homebody out into the world. So, put on your favorite jacket, grab a cup of warm cocoa to-go, and start exploring! 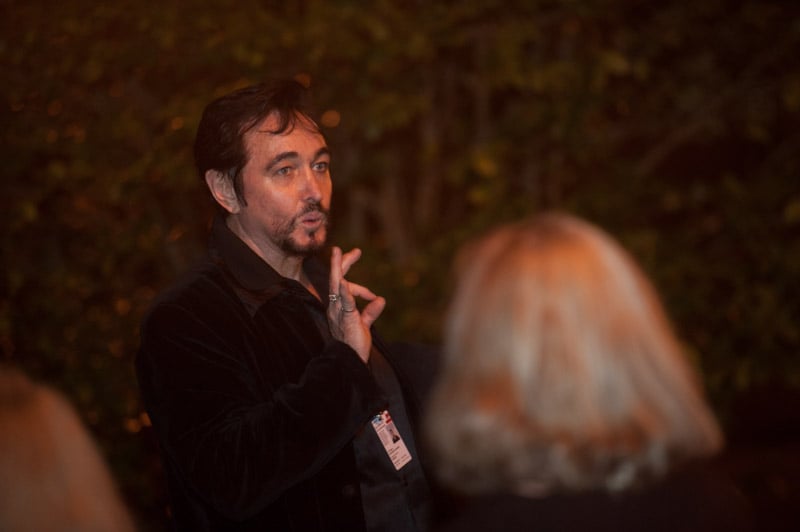 What would Halloween be in Savannah without a ghost tour? Lucky for you, we have enough to go around. Between family-friendly frights, terrifically terrifying treats, and boozy, bloodcurdling bars, there is something for everyone among our four unique, nightly ghost tours.

Don’t miss your chance to be part of the most authentic and terrifying ghost tour experience that Savannah has to offer this Halloween, whether it’s the The Grave Tales all-ages tour, The Beyond Good and Evil or The Dead of Night adult tours, or even our norious Ghost City Haunted Pub Crawl.

Whichever one strikes you, there is no doubt that you’re in for a night of frightful fun in one of the most haunted and beautiful cities in America. Get some friends or family together and make it a Halloween memory you will never forget. But don't wait too long because tickets go fast. 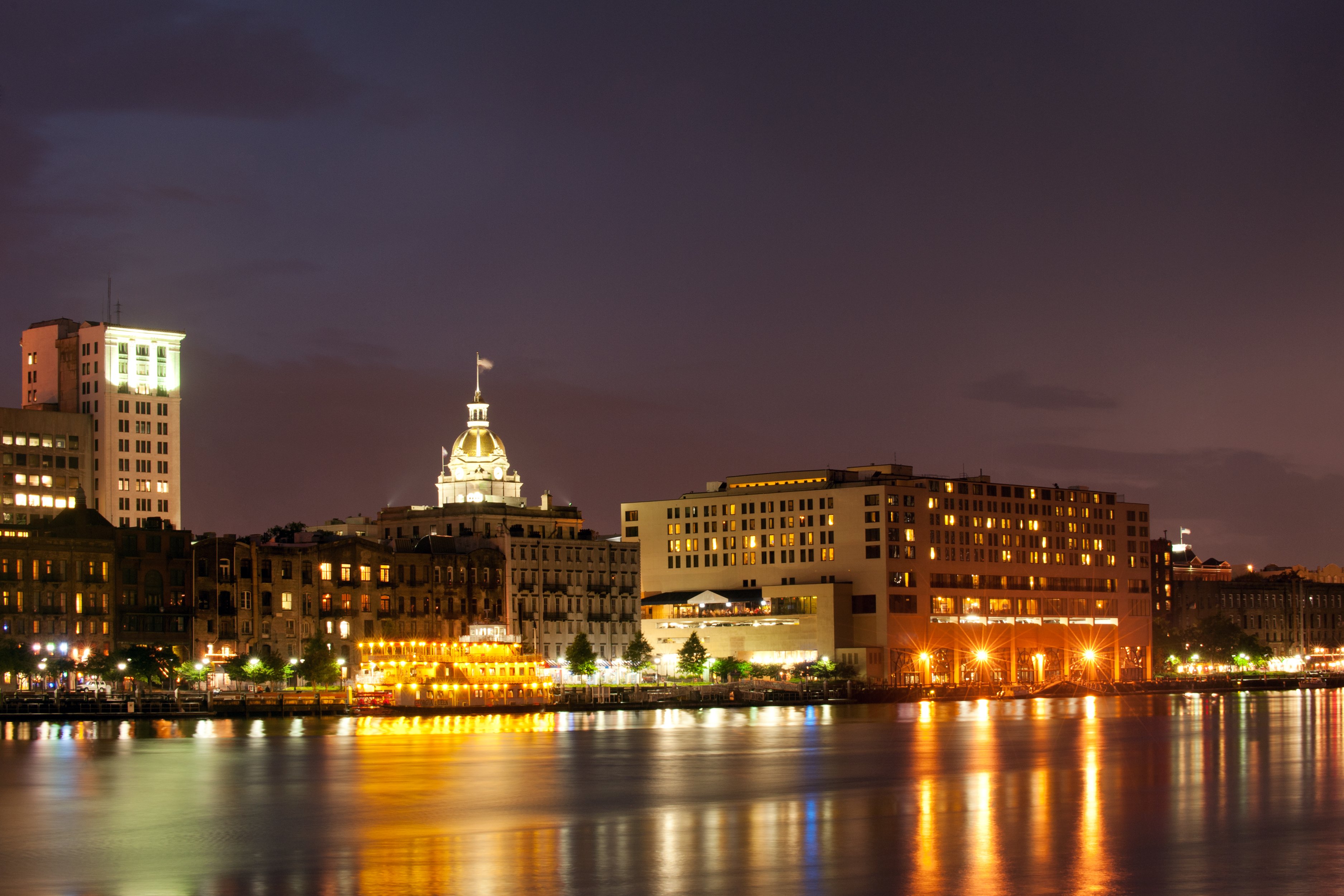 If a walk through downtown is more your speed, with plenty of opportunities for shopping, food, and entertainment, then Savannah’s River Street district is right up your alley. Built up alongside the Savannah River, this strip of historic buildings has everything a person would need, and enough of it to spend an entire day exploring it.

This is true year round, but nothing compares to the sights and sounds of Halloween when this already spooky district fills up with rowdy, costumed revelers ready to brave the famously haunted strip.

If the nightlife isn’t your scene, they also offer trick-or-treating the Saturday before, which is perfect for the kiddos and allows even more opportunity to explore Savannah’s diverse and complex history while avoiding the crowds.

While you’re there, make sure to check out Plant Riverside, a new, upscale entertainment block built within a 1912 power plant. However you tackle it, a stay in Savannah is not complete without a walk down these notorious, cobblestone streets, so make sure you don’t skip it.

Head toward the river and down one of Savannah’s many historic staircases, you can’t miss it. 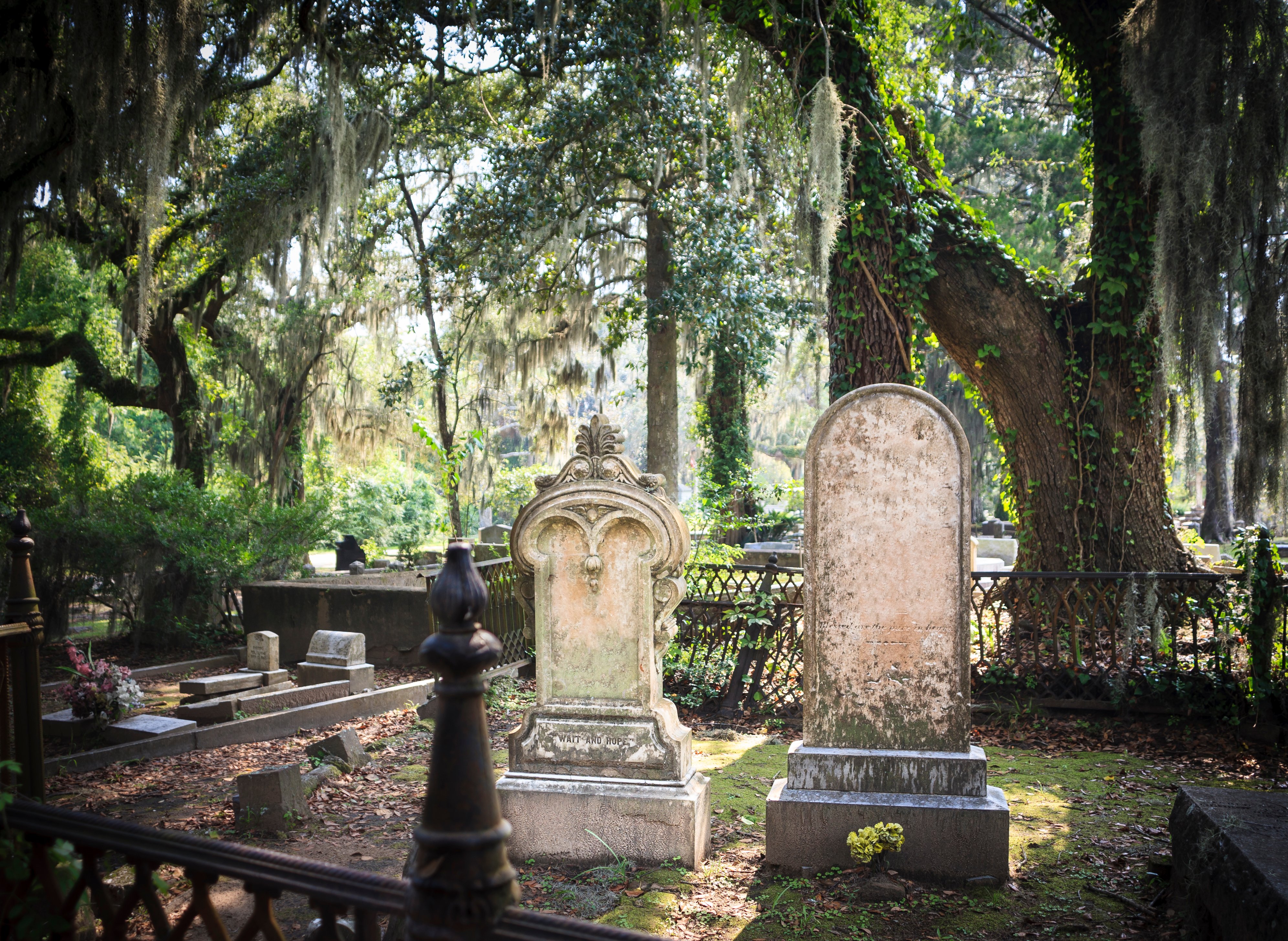 This historic cemetery is as exquisite as it is eerie, and is also one of the most recognizable landmarks in all of the South. But what many people may not know, is that it is also open to the public and provides a beautiful, natural escape that is only mere minutes away from the bustle of downtown.

While parts of the ground are still active, much of it is ready for some day time exploring, or, if you are feeling brave, some nighttime ghost hunting adventures because, like you might have already guessed, it is also famously haunted.

Whether it’s the scares you’re looking for, or just a quiet place to enjoy the outdoors before the Halloween festivities kick off, you can’t go wrong with Bonaventure Cemetery. But be warned, if it's on Halloween night that you're thinking of visiting, you might not find yourself alone on the grounds. There will be others—both alive and dead.

You can also visit Bonaventure Cemtery on one of our tours. 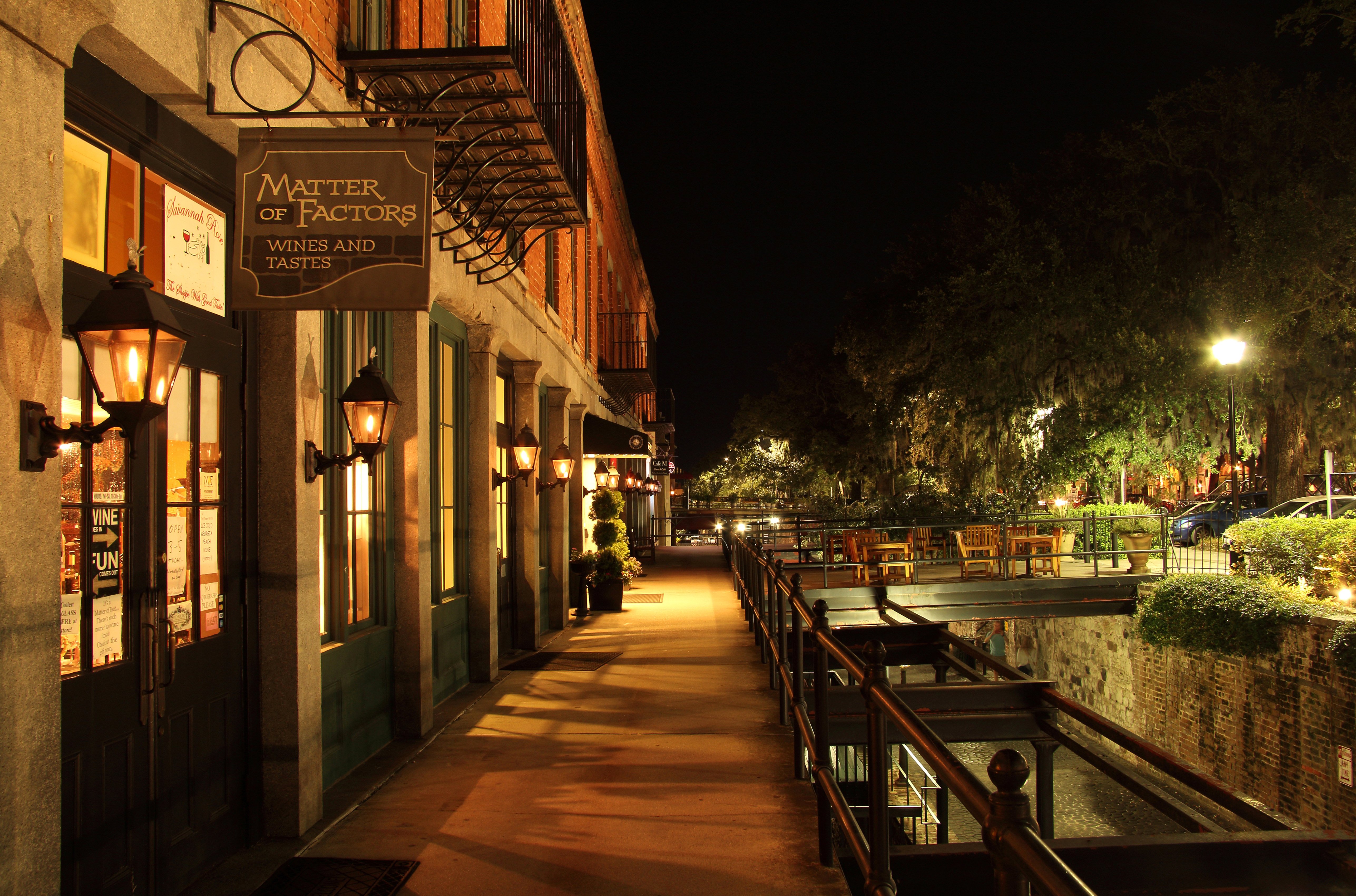 Factors Walk dates back to the turn of the 18th century when Savannah was the leading exporter of cotton and the riverfront was alive with factory workers, known as “factors”, who kept the market moving smoothly.

Today, Factors Walk, a series of bridges, staircases, and alleyways leading from bustling Bay Street to the River Street District below, looks nearly identical to how it did all of those years ago, including a collection of secret tunnels that have long been bricked over.

Along this route also sits some of Savannah’s spookiest attractions including the Cotton Exchange, the Cluskey Vaults, and the locally-famed Stone Stairs of Death. You won’t find a clearer outdoor representation of the city’s haunt factor than this, and a night spent exploring the aging crosswalks and dark alleyways will surely put the scare into even the bravest souls.

If downtown or River Street is where you plan to spend your Halloween festivities, don’t miss this opportunity to check out the real historic Savannah. If you are feeling bold, you can even try peeking into the bricked-up tunnels that have started to crumble away, but we wouldn’t recommend it. 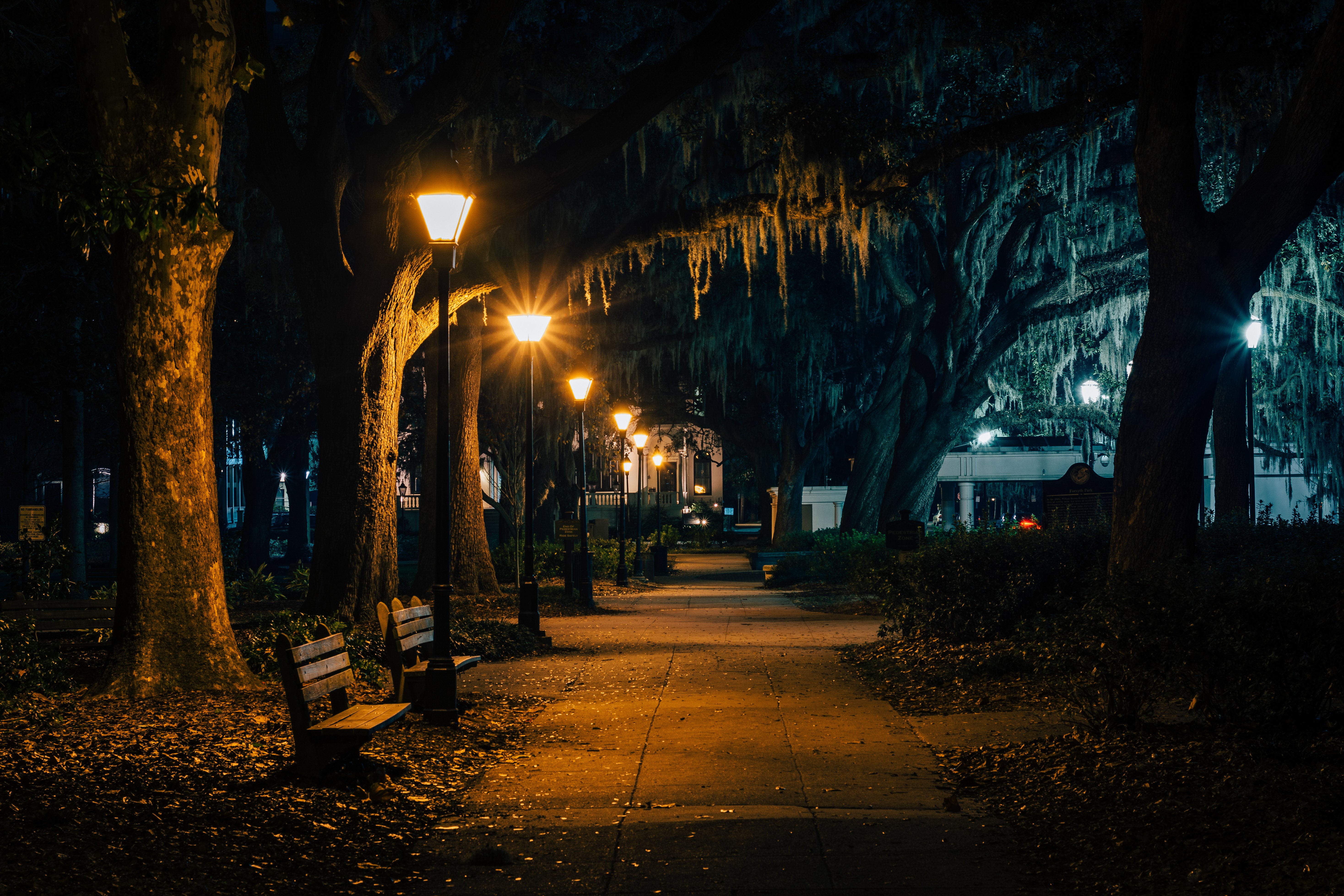 Rumor has it that at the conclusion of Union General William T. Sherman’s march to the sea, Sherman, who had been burning everything he passed, decided to spare Savannah after one look at its beautiful park squares.

Whether this is true or not, there is no doubt that the historic, manicured squares that dot Savannah’s downtown landscape are an integral part of the city's charm, and a must see for anyone interested in some outdoor exploration—especially on Halloween. In fact, many of these squares are famously haunted, the site of a number of atrocities that have plagued the city over the centuries.

Wright Square, for instance, known as Hanging Square, is reported to be home to so many restless spirits that moss will not grow on any of the trees, and Calhoun Square, one of the most notorious, was built over a massive slave burial ground that stretches past the square itself and into the neighboring streets.

And, if haunted houses are more your thing, a trip to Madison Square will surely quench your thirst, as it is the home of many residences with well-documented history, including the well-known Green-Meldrim House.

Whatever interests you, every square downtown has a little piece of history, its share of ghosts, and, if anything, a quiet, picturesque spot where you can take a break from your Halloween adventure.

Savannah’s infamous squares are many, and can be found peppered across downtown. Take a stroll and see which ones you can discover.