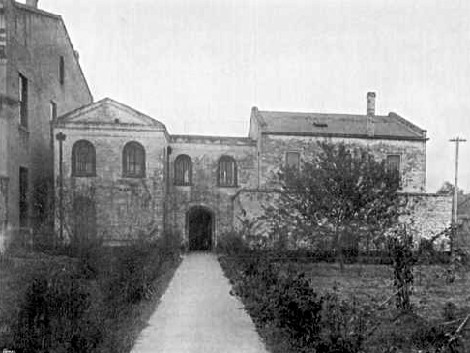 Today, the Carrollton neighborhood of New Orleans can easily be reached from the French Quarter by the St. Charles Avenue Streetcar. Back in the nineteenth century, that same streetcar connected the two neighborhoods, but back then it was connecting two different cities and the streetcar line went by the name, the Carrollton RailRoad.

The History of the Old Carrollton Jail

Carrollton was laid out in 1833 by German surveyor and civil engineer Charles Zimple. Before laying out the new town, the land had belonged to the MaCarty Plantation. (Fun Fact: that means that it was once land belonging to Madame Delphine LaLaurie’s family. You can never get far from her in this city, I’ll tell you that).

Almost immediately, Carrollton was viewed as a suburb that everyone wished to move to. So much so that it actually became the county seat of Jefferson Parish. But with increased population came, as one might suspect, a good deal of crime, too.

Murder, thievery, petty crimes—Carrollton was not immune to the underbelly of society and it was some twenty years later when architect Henry Howard was commissioned to built the new city hall (which still stands) as well as a jail. Though it no longer exists, the jail sat at the corner of Hampson and Short Streets. Known officially as the Ninth Precinct Station, locals only called it The Old Carrollton Jail.

And surely enough, it functioned like every other jail at that period in time. Convicts were hanged in the prison’s interior courtyard, meeting their untimely fate at the age-old gallows. On one particular occurrence, a man was lynched at the prison for murdering his child.

ut one of the grimmest tales to come out of the jail were due to the rather gruesome murder of a wife. The husband was the culprit, and it seems that everyone knew it. Fearing the possibility of hanging, the husband gathered his wife and boiled her body in lye in order to destroy all of the evidence.

He never made it to his trial—the jail’s policemen were so infuriated and disgusted that they brutally beat him to death. The man’s final words were that he would make them rue the day they were ever born.

The Ghosts of the Old Carrollton Jail

And it seems that his prediction held true. After some years passed, incredibly strange paranormal activity began occurring at the Old Carrollton Jail. The sound of footsteps padding down otherwise empty hallways worried the inmates when they would peek out of their cells to hear the steps but see no attached body. Even the police themselves grew increasingly terrified. Objects flew off shelves, most often directed at the employees themselves.

One cop was nearly strangled by what could only have been a spirit, and the occurrence was actually documented in some of the local newspapers.

If all of that was not terrifying enough, it almost became a rite of passage for cops (and even inmates!) to be thrown bodily across the room by unseen forces.

As for the inmates? They begged to not be given Cell Three, where they were often held down and beaten by an invisible force that no one could see with the naked eye.

Stories of the paranormal phenomena reached the media in 1899. Before this, and after, the amount of transfer requests from The Old Carrollton Jail were at an all-time high.

All we can think is that the man who was murdered made good on his word, and might have continued to do so if the jail wasn’t demolished in 1937.

Today, Carrollton City Hall although it has been recently named one of the most endangered historic locations in the country. And while the jail may no longer exist, it’s quite possible that the land itself has absorbed those spirits, and they continue to haunt that area of Carrollton today.

It's with a heavy heart that we must say that the Old Carrollton Jail no longer exists, and hasn't since the early twentieth century. Does this mean that this land is no longer haunted? We like to think that the property which stands there now still carries the residual energy from the old Jail. We recommend taking a trip to the Carrollton neighborhood and investigate yourself! 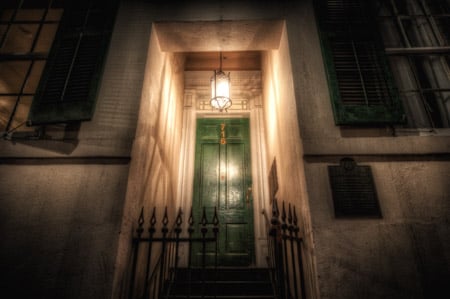 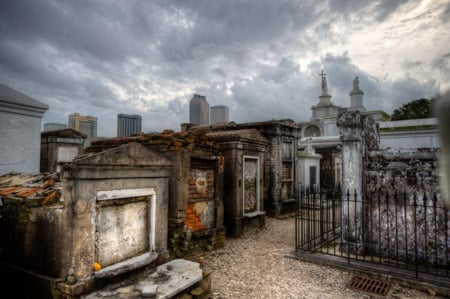 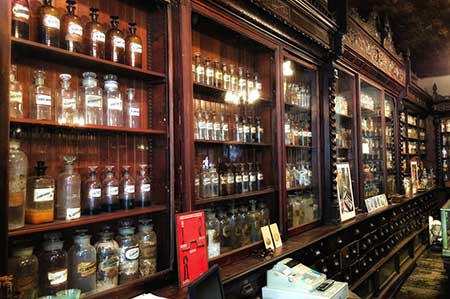