We all know that by 12 years old, the eye-roll has been perfected. And there’s no time like the family vacation to witness the eye-roll in all its glory. But what if you could find something to do on your family trip that would excite and intrigue your kids, while covertly giving them a history lesson on the awesome places they’re visiting? What if you could spend a holiday together without a single moment of rolling the eyeballs? You can!

At Ghost City Tours, we believe in giving historically accurate information on our tours, with a taste of the paranormal, our tours are their very own style of haunted history. We like to think of the ghosts as a catalyst for delivering the history of the city. It’s our way of taking even the most uninterested, but all-knowing, teen and creating an amateur historian, usually without them even realizing what’s happening to them.

History is cool. Pirates, smugglers, battles, ambushes, colonization, bootleggers, it’s a never-ending list of colorful characters and twisted plots that has created our country’s illustrious past. And I can’t imagine a kid not wanting to hear about the pirate, Jean Lafitte, or Yellow Fever, or the spirits who have attached themselves to antiquities and centuries-old buildings. We wouldn’t have those ghosts and specters without history because with every haunting there’s a story to be told. 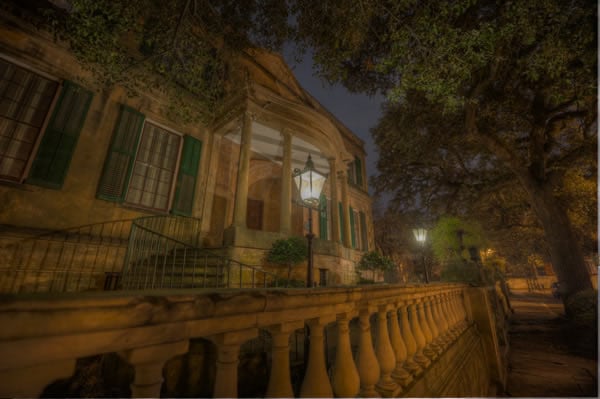 Savannah is absolutely the gem of the South. The Spanish Moss dripping from the oak trees and the fragrant scent of Cape Jasmine that floats through the morning breeze of the downtown historic district paints the expected portrait of a town brimming with Southern charm and hospitality. Perhaps that’s why the ghosts never want to leave.

Not just beautiful, Savannah is also rich in history. The city was founded in 1733 and was one of our country’s first ports. A bustling stop for exports, imports, and trades, Bay St and River St was the mecca for commerce in the South. Spices, tea, and even people were bought and sold, and not always legally.

The number of people that fought and lost their lives in Savannah is overwhelming. In addition to the questionable ethics and political corruption, the city was also affected by the Revolutionary War; the second bloodiest battle of the War was the Siege of Savannah. Less than one hundred years later, Savannah was threatened by The Civil War, eventually surrendering to the Union Soldiers to preserve their city. And let’s not forget that pesky Yellow Fever epidemic. In 1820, nearly 7,000 people died of Yellow Fever, only for the deadly disease to return in 1854 and 1876. How can a city with so much tragedy and such a clandestine past not have a library of ghost stories confirming her past’s unrest?

Savannah’s juicy history makes it painfully easy to sneak in quite a few history lessons on a ghost tour. And the ghosts give the history an element of excitement that you don’t normally find in textbooks. I really can’t say enough about Savannah’s beauty and unique stories; the stunning seaport city’s past is complex and intriguing, and her ghosts are what keep her history alive. 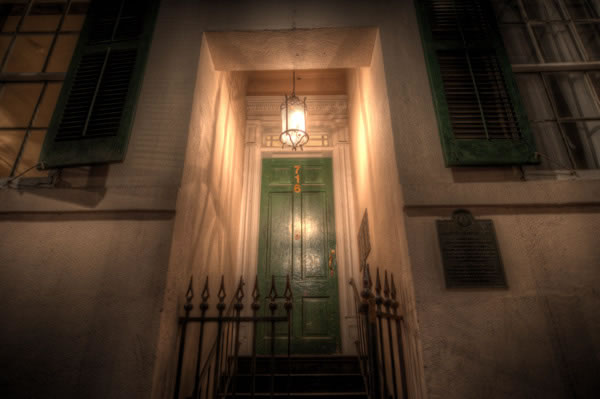 The magical and unusual city of New Orleans, also known as The Big Easy, The Crescent City, and for the locals, NOLA, is an historical treasure chest. The mystical city in the bayou is a melting pot of cultures. Some say that New Orleans is indeed a metaphorical gumbo for which she is known, and this rich roux of diversity is the secret ingredient to her mysterious and enchanting history.

When someone says, New Orleans, what do you think of? Voodoo? Jazz? Cocktails and Cuisine? Or the French Quarter, which encompasses all of the above? The Big Easy is like no other city in the US. In the span of fewer than 100 years, New Orleans went from French to Spanish, then back to French, and after the Louisiana Purchase found her place as part of the US. And all of that shuffling around created a complex blend of cultures and beliefs.

Her ghosts are no different. They range from Voodoo priests and priestesses who still engage with the locals, to the spirits of famous writers, and the unfortunate souls of the victims of the slave trade that are said to haunt the quarters and dependencies where they once lived. It’s practically impossible to share the history of the Vieux Carre without discussing the dead, after all, most of them much more interesting than the living.

A Family Ghost Tour will walk your family through the beautiful French Quarter, and take you on a stroll back in time. You will visit the city’s French settlers, the Spanish Royalty who in less than 40 years changed her culture forever, the Haitian Voodoo practitioners who have created a lasting religion, and the politicians and criminals that fought for her, as well as the ghosts and spirits that love their city too much to leave her. And when the tour is over, your family will have experienced the perfect New Orleans haunted history lesson. 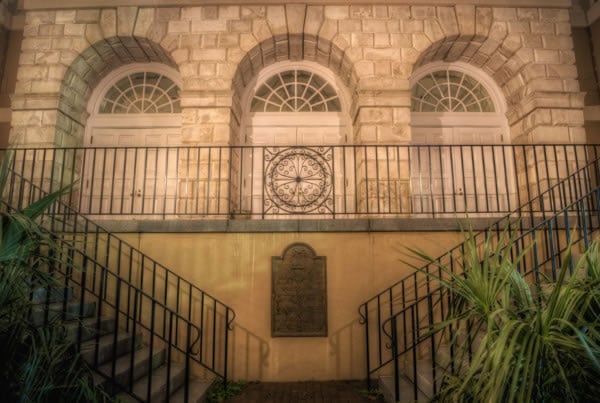 Charleston, South Carolina is the epitome of Old South. Walking through the historic downtown gives you the sense that you have stepped back in time. Now, there aren’t any women walking around in hoop skirts, bonnets, and parasols, but the architecture of the old buildings, the lush courtyards, and the er of sophistication that lacks in pretension but drips with tradition, will transport you to a time and place that still cherishes their past.

The real beauty of the Charlestonian’s loyalty to their history is their openness to modernity. Traversing the streets of downtown, you’ll discover contemporary art galleries and art installations in 200-year-old buildings, and you’re likely to find a world- renowned chef creating a new and inventive menu next door to one of the Holy City’s seafood restaurant staples that have been serving the locals traditional fare for generations.

Perhaps the old city’s youthful curiosity is what makes learning about Charleston’s rich history so easy. The one thing that is for certain is that even her ghosts don’t want to leave. They frolic in her buildings, roam her streets, and float through her courtyards and cemeteries, reminding us that Charleston’s history will never die. The list of Charles Town Revolutionary and Colonial Era influencers and those that shaped The Civil War is vast. These pillars in our country’s history have their own stories to share, and many of them are determined never to be forgotten.

It may be an oxymoron, but I think the haunted history of Charleston is what attracts the young, lively, and buoyant energy to the city on the water. As she welcomes a new and progressive culture, it makes embracing her history “cool.” Castle Pinckney, The Old Exchange and Provost Dungeon, and The Unitarian Church and Cemetery, these and other antiquities will forever be the guts of Charleston. And even as she welcomes modern changes, encouraging her visitors to indulge in her new offerings, Charleston’s ghosts will continue to breathe life into her past.

They really go hand in hand, “hauntings and history.” You can’t have one without the other; even if you aren’t a believer in the paranormal, there’s no denying that history tends to leave crumbs for us to find. I like to believe that the ghosts are here to remind us to learn from the past. And how awesome would it be if our history teachers were actually ghosts?! I would have retained a lot more about the American Revolution had my teacher been the ghost of George Washington telling me the timeline and the significance of the events.

Now you see how easy it is to sneak in a little history to the unsuspecting family through ghost stories and hauntings. Turn your holiday into more than just a family trip, make it an experience that everyone will remember. Give the city you’re visiting the opportunity to share all of its stories, legends, and lores and feel the history and hauntings come alive. Just be sure that it’s only the tales you take home with you!