Dine with the Dead this Halloween

When it comes to haunted bars and restaurants, St. Augustine has some of the most renowned, and what would Halloween be without an opportunity to share some food and drink with your neighbors from beyond the grave?

So, pull up a chair and dig right in because this extra large helping of erie eateries will have everything you need to feed your mind, body, and souls this holiday season. You never know, you might even discover that you have a taste for it, after all. 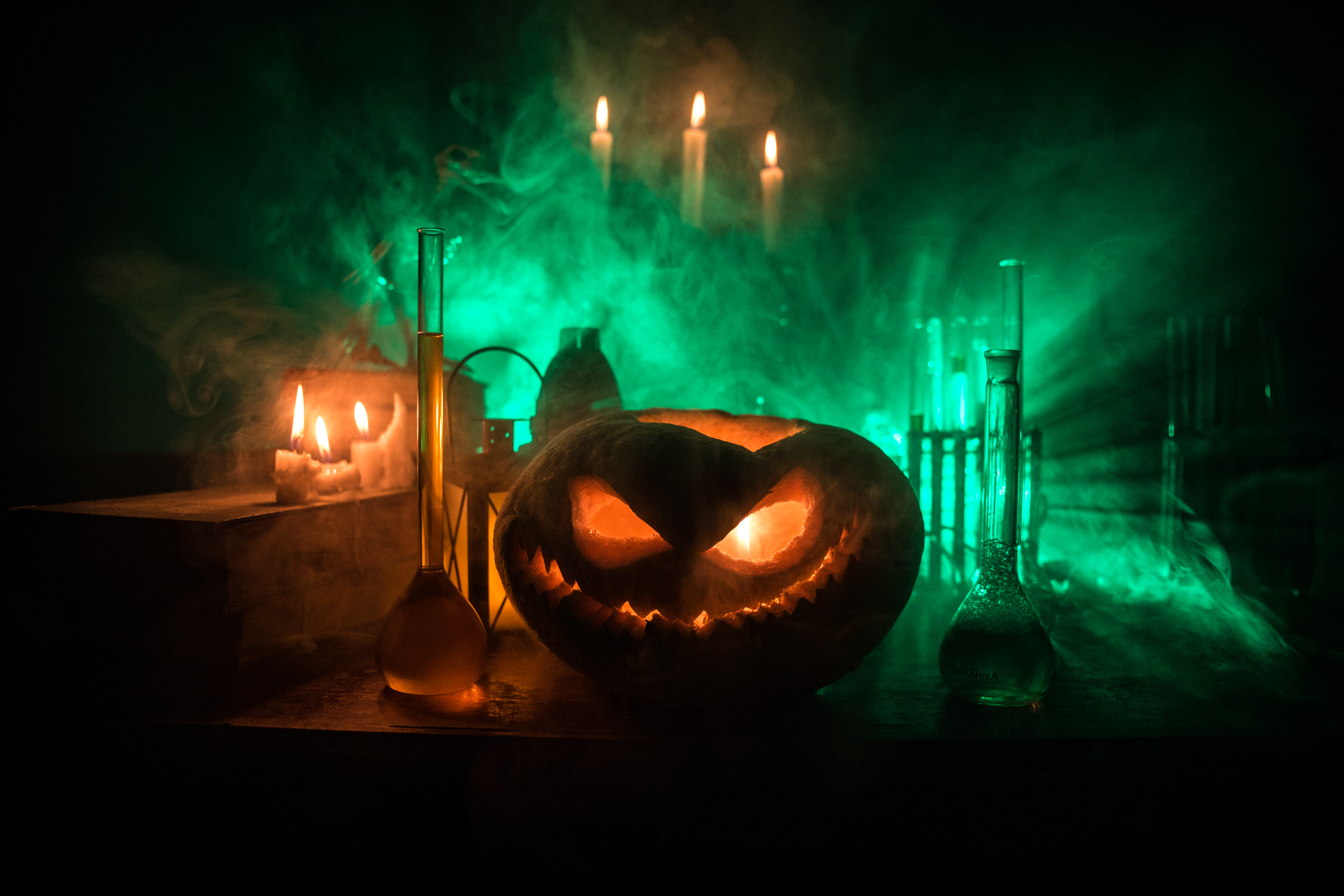 This popular pub and restaurant has long been known as one of the most haunted eateries in St. Augustine, if not the entire country. It’s resident ghost, Mr. Colee, who is said to have suspiciously drowned in his bathtub not long after leaving his first wife and marrying his second, is still seen roaming the property to this day, lighting candles, spinning chairs, and playing pranks on male patrons.

With so much activity and such a dark and complicated history, there is no wonder why ghost hunters and curious patrons from around the country have flocked to the restaurant’s notorious “ghost bar” on the second floor, where Mr. Colee is most active, to grab a pint.

There is also little doubt why, when the most ghostly day of the year rolls around, Scarlett O'Hara's becomes a popular spot embracing the Halloween spirit and celebrating their own spooky history in one of the town’s biggest shindigs. So, if a Halloween night in St. Augustine is on your agenda, there is no better place to kick it off than here. 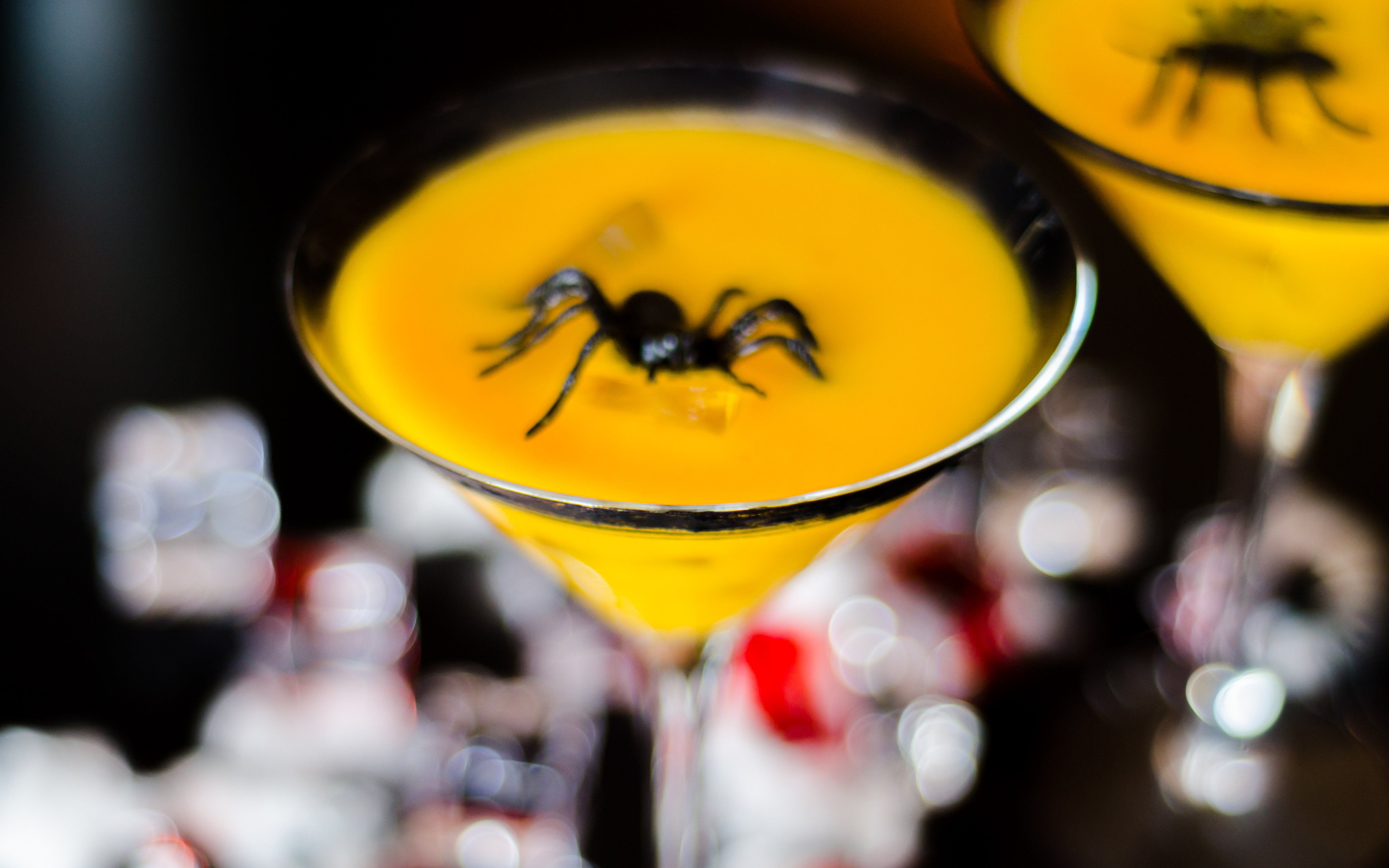 Legend has it that the namesake of this popular, water-side restaurant comes from a longshot bet on a horse, named Harry, whose victory landed the original owner the funds he needed to start the franchise.

But this isn’t the only well-known story to come out of Harry’s, especially in St. Augustine where the 18th century building is a well known playground for lost spirits. Take Catalina, for example, who was rumored to have lived and died on the property hundreds of years ago.

Witnesses say that she can still be seen today, dressed in white and walking briskly through the hallways, where traces of her perfume can be noted afterward. The exact story of the woman’s life, death, and afterlife isn’t fully known, but it has nonetheless left Harry’s with a reputation for being one of the most haunted haunts in town and, subsequently, a popular destination for seafood on All Hallow’s Eve.

Many people flock to the popular seaside restaurant in hopes of catching Catalina in the act, and some have been successful, but if a glimpse for yourself is what you are looking for on Halloween night, we’d recommend making a reservation. 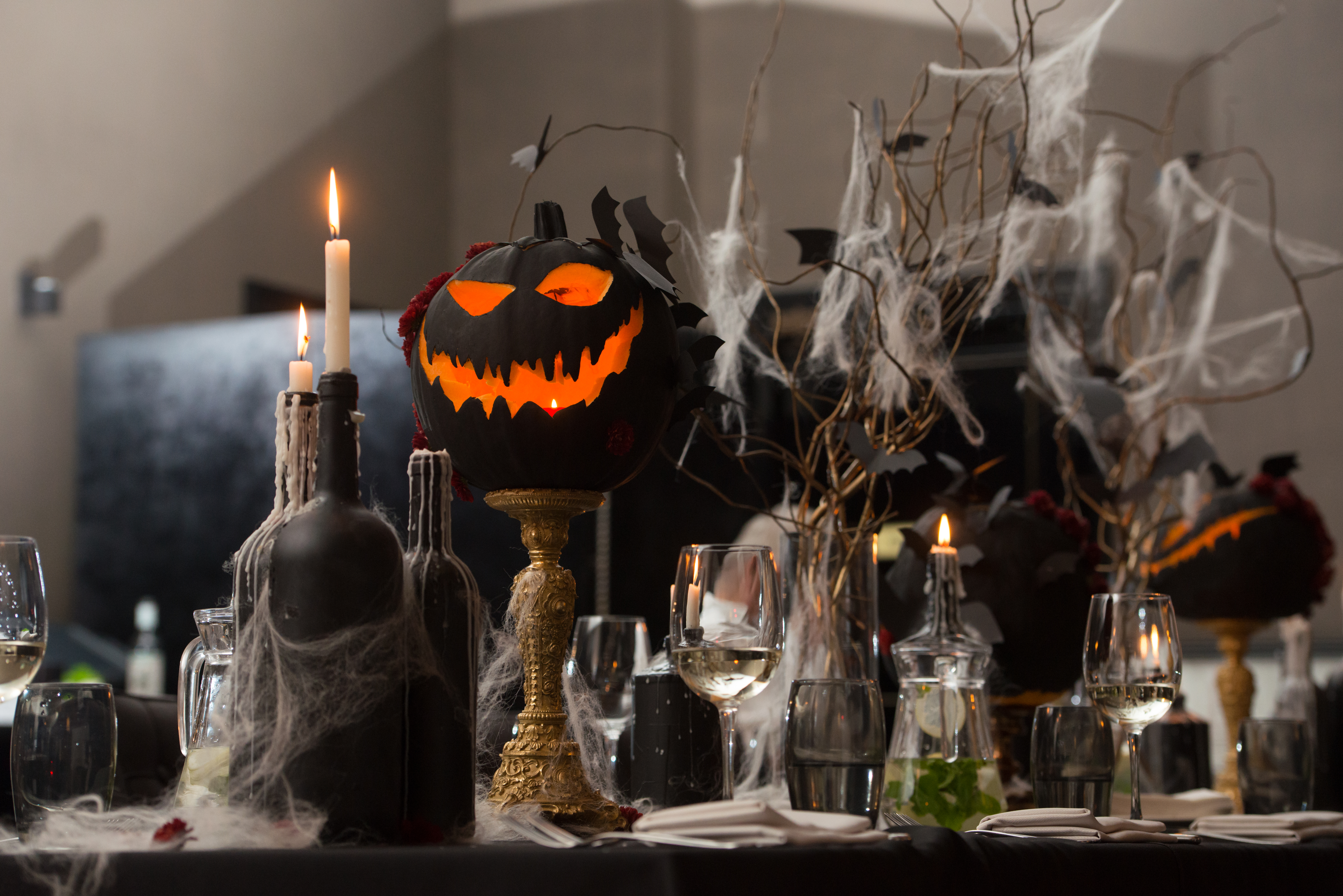 Originally one of the first hotels built in St. Augustine, this now popular seafood restaurant and bar has become a hotspot for paranormal activity, making it a must-visit on your Halloween holiday.

No one knows for certain who the otherworldly culprit might be, but signs point to the original owners and their family, whose likenesses have been seen in-person roaming the halls, and who have been known to play tricks on both the customers and employees.

The current owner, who has had many experiences themselves, even claims to have uncovered an unburned picture of the original house within a room ravaged by fire damage, claiming that it was protected by the original owners, who continue to look over the building to this day.

Regardless of the haunting’s roots, O.C.s has created a reputation for itself for it’s fine dining, gorgeous views, and family-friendly atmosphere. When it comes to choices of where to grab a bite before your night of trick-or-treating commences, this eerie eatery should be near the top of your list. 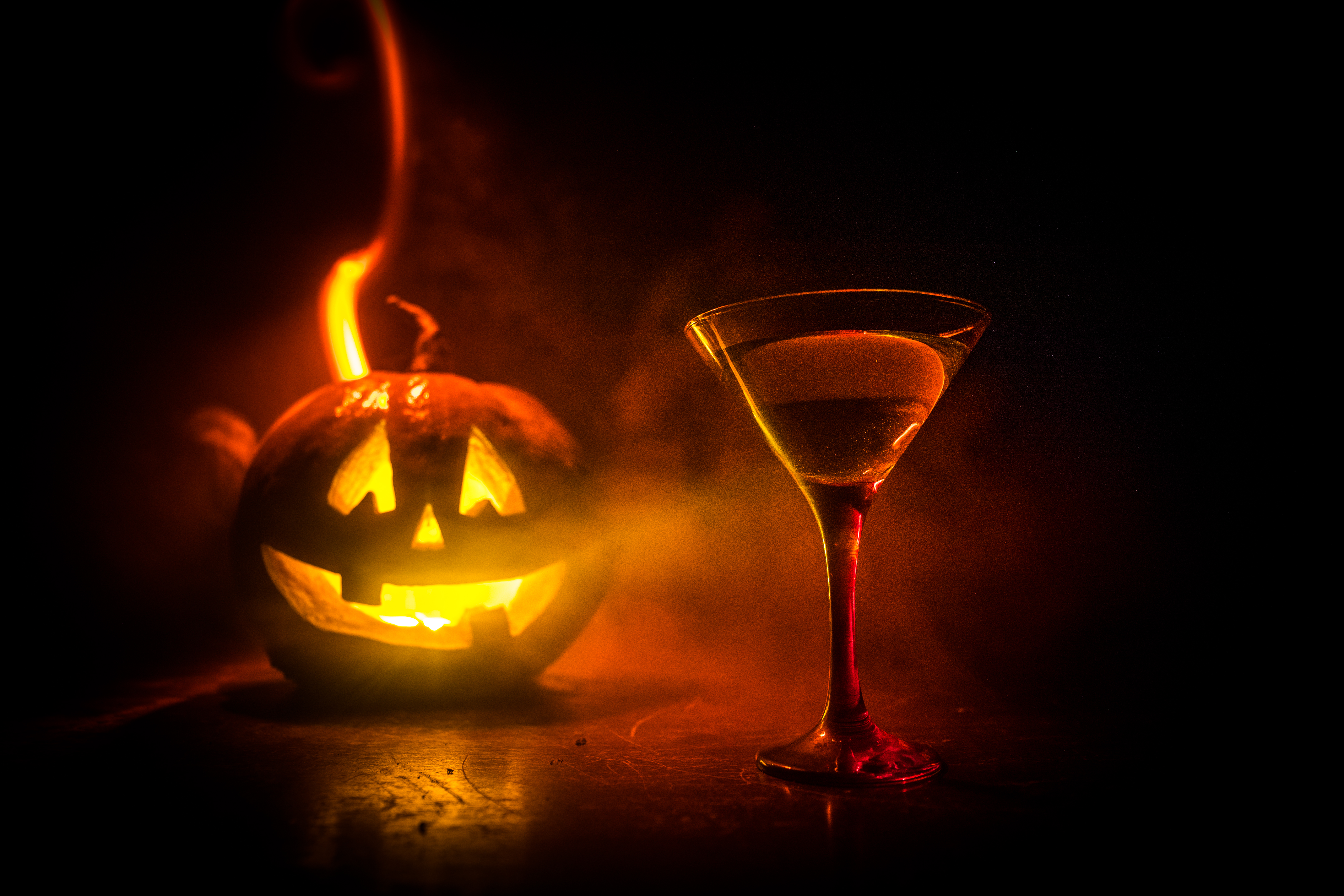 Located next door to Ghost City Tours, this popular late night spot for live music is the perfect place to grab a drink and hear some local lore before the start of your ghostly adventures.

Especially on Halloween, when the haunted reputation of this historic building is likely to be on the lips of every employee and patron that walks through the door, meaning you may get lucky and overhear the story of the poker game that never ended.

It seems that one night, back in the late 19th century, a fire took hold of the building as a group of men were enjoying a late night poker game on the 2nd floor. By the time they realized the danger they were in, it was too late, and not one among them made it out alive.

Now, people report strange things happening on that floor, like the sounds of shuffling cards and men talking, the smell of burning wood, and even full-body apparitions walking through the rooms late at night.

It’s left some of the staff with a bad taste in their mouth, people say, but regardless, Stogies remains a popular place if someone is looking for a good time on Halloween night—alive or dead. 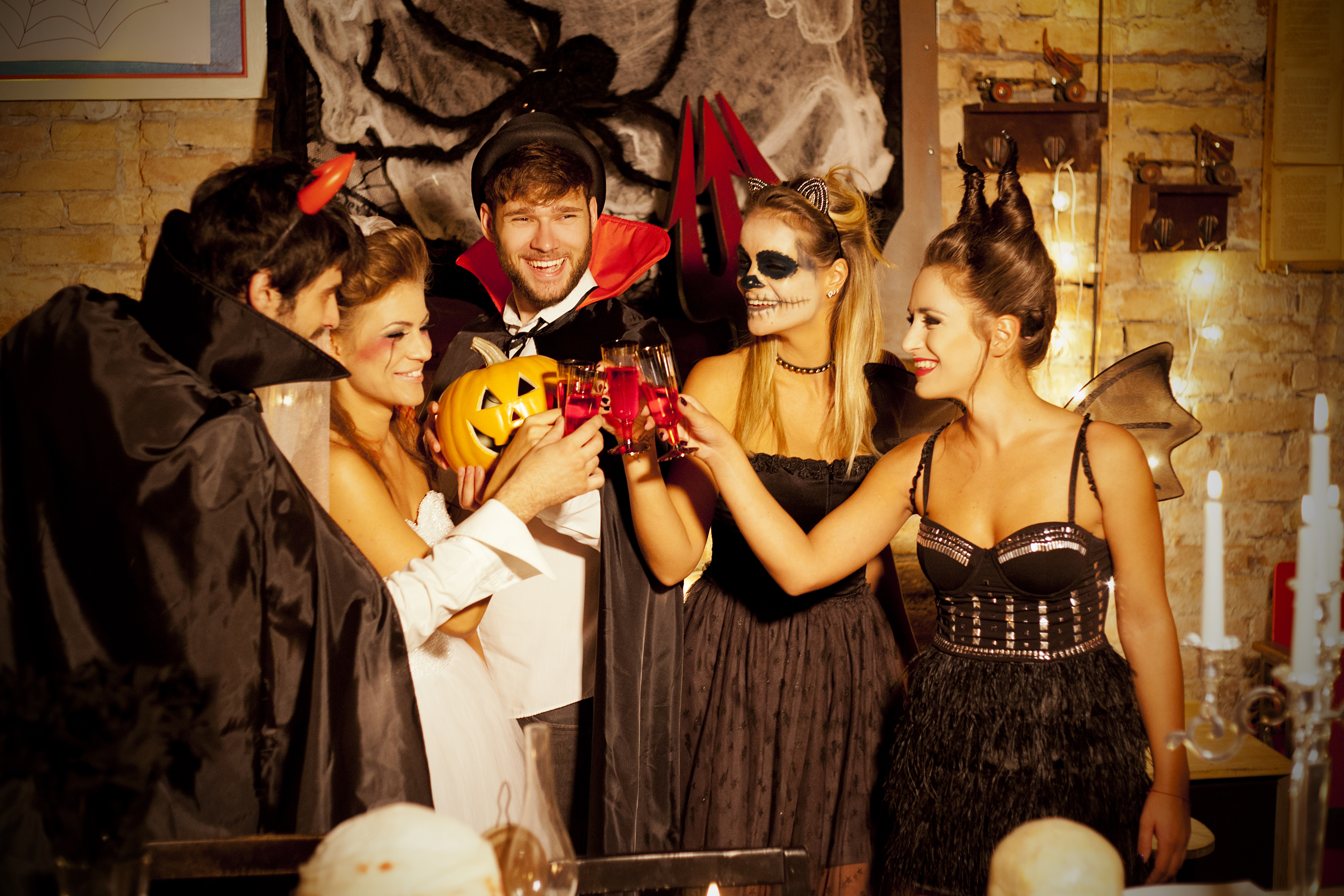 But the building and memorabilia within aren't the only things that are left over from its century-long history, as any employee of the popular establishment will attest, citing the forlorn wailing of a woman that is often heard moving throughout the property late at night.

It seems Hurricane Patty’s has a resident ghost, and fitting right in with the Halloween spirit, she appears to be the once lover of a local fisherman who went out to sea one day and never returned. She is still waiting at the old fish house, it seems, crying out in the night and waiting for the day that they are reunited.

It’s hard to imagine a better place to kick off your Halloween festivities than this haunted fish house, especially if you like a good story to put you in the mood, so grab your costume and come on down Halloween weekend to enjoy some good food, live music, and maybe a ghost or two.

Why St. Augustine for Halloween?

Whether you are looking to be teased and titillated, or truly terrified, St. Augustine offers a smorgasbord of Halloween themed events, fall festivals, and good ol’ fashion haunted hideouts – all tucked away within one of the most picture-perfect cities in America.

Around each corner and tucked away within every alley lies something new to discover, and with St. Augustine’s pedestrian-friendly historic district, there are limitless mysteries to uncover and days worth of adventures to embark on.

All you need is a keen eye, an open mind, and a brave spirit, and you too can lose yourself in the gruesome and ghostly lore that has long made the “Ancient City” the only one of its kind for hundreds of years.

Take heed, though, so that the past doesn’t repeat itself.