The Ghosts of the Floral Terrace and Witches' Tree

Located on 6th Street midway between Park and Ormsby Avenue, Floral Terrace is the current incarnation of the old Dupont-Dumesnil Botanical Gardens. It’s a somewhat hidden walking court with a red brick path that takes visitors over to Seventh Avenue, past cottage gardens, and the old fenced-off fountain at its heart.

However, legend says that a tree once stood in the spot the fountain marks. A ‘Killing Tree’ where several men were lynched throughout the 1800s and left hanging for all to see. One man even hanged himself after a hard gambling loss.

The Witches’ Tree, meanwhile, stands at the corner of 6th Street and Park. In its place was once a rather pretty maple, which was a popular site for gatherings of witches at the end of the nineteenth century.

That was until a lumber merchant chose to chop down the notorious tree to use as a maypole for that year’s May Day Festival. The local coven warned of their retaliation, which came in the form of one of the city’s most terrible storms on record.

It would seem so! Several locals have reported having extremely terrifying experiences with the ghosts of the Killing Tree. The eerie timing of the witches’ warning and the deadly storm cannot be overstated, as many visitors to the Witches’ Tree today still report feeling spooked just standing near it.

While no memorials have been left at Floral Terrace so far, dozens have left trinkets of all shapes and sizes in and around the Witches’ Tree, perhaps as gifts to appease the witches of old and the few who still visit there today.

It’s said that if you do leave something for the tree, you’ll receive a blessing and some good luck, while if you steal anything, you’ll be met with a curse and a lifetime of bad luck.

Waite, Tuttle, and the Dead Man

One summer evening, longtime Old Louisville resident Homer Waite was sitting on the bench near the little fountain at the center of Floral Terrace, simply enjoying the quiet atmosphere, when he suddenly saw something materialize right before his eyes.

At first, it was just a misshapen blur, but he soon made out the form of a black man dangling from a noose, his body swinging back and forth. Waite watched in horror before running off as quickly as he could.

Thankfully, that was the extent of his encounter. Roscoe Tuttle, on the other hand, was not so lucky.

Both of Tuttle’s grandparents had told him about hangings there, and he firmly believed them. Perhaps that’s why the ghost of the hanged man not only appeared to him, but later followed him home.

Like Waite, Tuttle was out on the red brick path, out for a stroll and enjoying the warm evening air, when he first saw a ghostly figure slowly appear in front of him at the fountain. The poor soul’s neck was twisted, his head off to one side at an unnatural angle, and Tuttle could hear the creaking of a branch in time with the apparition’s swaying.

Tuttle immediately went home, watched some television to try and calm his nerves, before finally going to bed. It wasn’t long before he woke up, frozen in fear as he sensed a figure standing beside his bed.

It was the same haunting spirit from before, though he now appeared without a noose.

Eventually, the ghost disappeared, but several nights later, Tuttle was at the bathroom sink brushing his teeth when he saw the figure standing in the mirror behind him. He claimed the hanged man’s eyes were bloodshot red and bugged out.

Tuttle naturally whirled around with a frightened gasp, but the ghost was already gone.

Sam Turner was a gamblng man, spending hours at the Churchill Downs Racetrack on Central Avenue. That is until one day, when he made a bet so big that he lost everything he had.

Distraught, he traveled the two-and-a-half miles to Floral Terrace and strung himself up on the tree forty feet up. It’s not known how long his body hung there, but by the time it was taken down, a crowd of five-hundred people had gathered to watch.

Turner’s death was printed in the Louisville Times on June 28, 1901. On May 9, 1933, the Neighborhood Reporter published an article about the legend of the Killing Tree in their Your Street and Mine column.

The Louisville Witches & Their Tree

Regardless, exactly eleven months later a tornado tore through Jefferson County, KY. Legends say that when the twister turned down 6th Street and passed by the stump of the old Maple tree, a lightning bolt struck the stump causing the gnarled tree of today to grow from it.

During the heyday of the Southern Exposition from 1883 to 1887, lavish flower beds were planted just off the main site. These were known as the Dupont-Dumesnil Botanical Gardens, or simply the Floral Gardens.

They became the privately owned Floral Park before 1905, when homes began springing up between 2nd and 6th Street and the public walking court that is now Floral Terrace was created.

While the only hint at mob justice in Louisville is a blurb from the March 3rd edition of the Louisville Courier Journal which speaks of an “armed mob on guard at jail to prevent lynching,” considering the published documentation of 353 lynchings across the state of Kentucky between 1865-1940, it’s not hard to believe that there could be some truth to the tales of the Killing Tree.

As for the Witches’ Tree, its true history remains a mystery.

Though it might not have been of demonic origin, an F4 tornado did in fact hit Louisville on March 27, 1890. It caused a hundred deaths in total and up to two and a half million dollars worth of damage, equivalent to roughly sixty-one million dollars today.

Both the path and the tree are open to the public and available to visit yearound./p>

So, take a walk and admire the dogwood, redbud, periwinkle, hyacinth, and magnolias, but don’t forget to leave your offering to the witches of Louisville past and present. They say that the higher in the branches you leave it, the greater luck you’ll receive.

Please do be aware, however, that there are private property lines along the court path and the tree does technically grow over some of them. 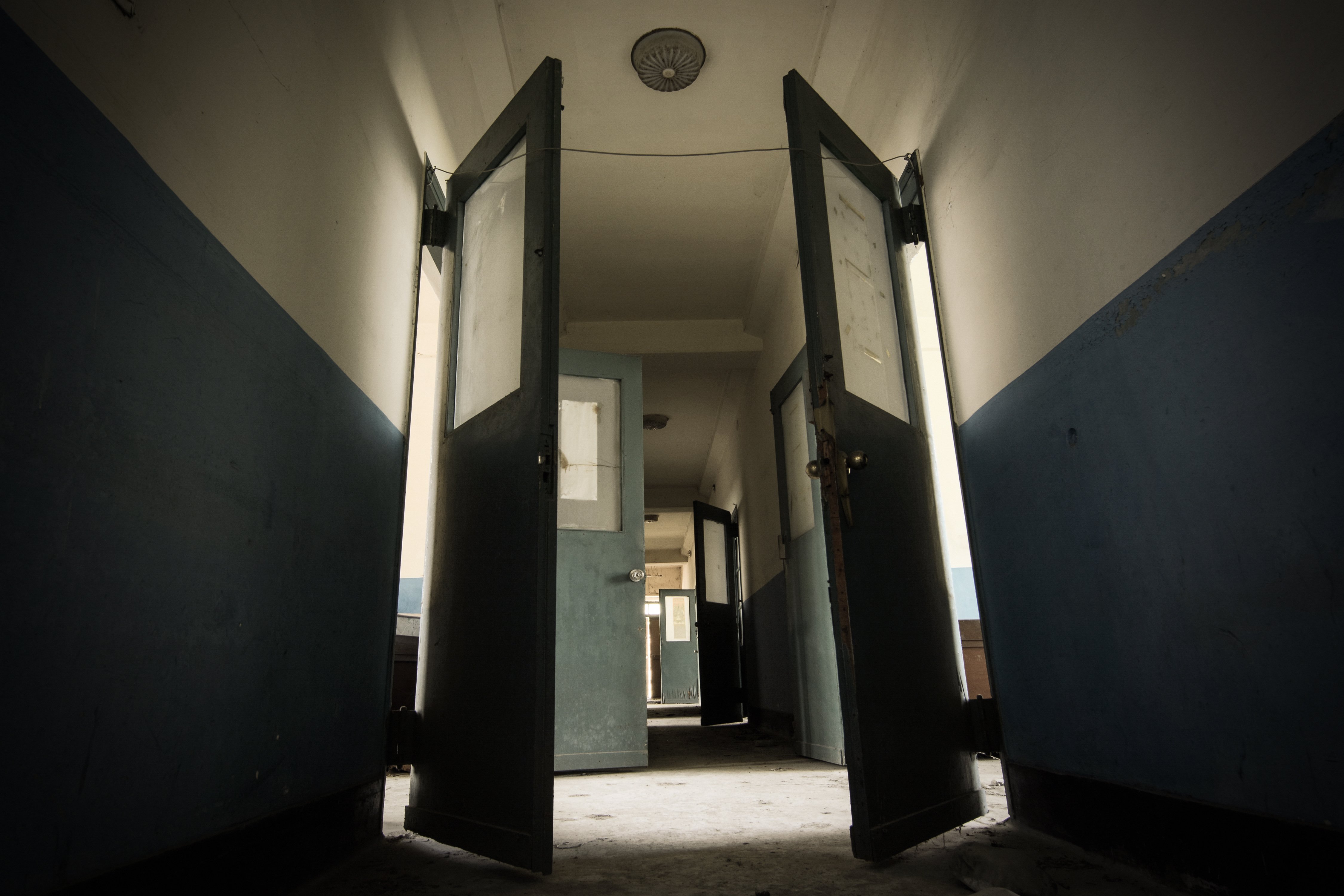