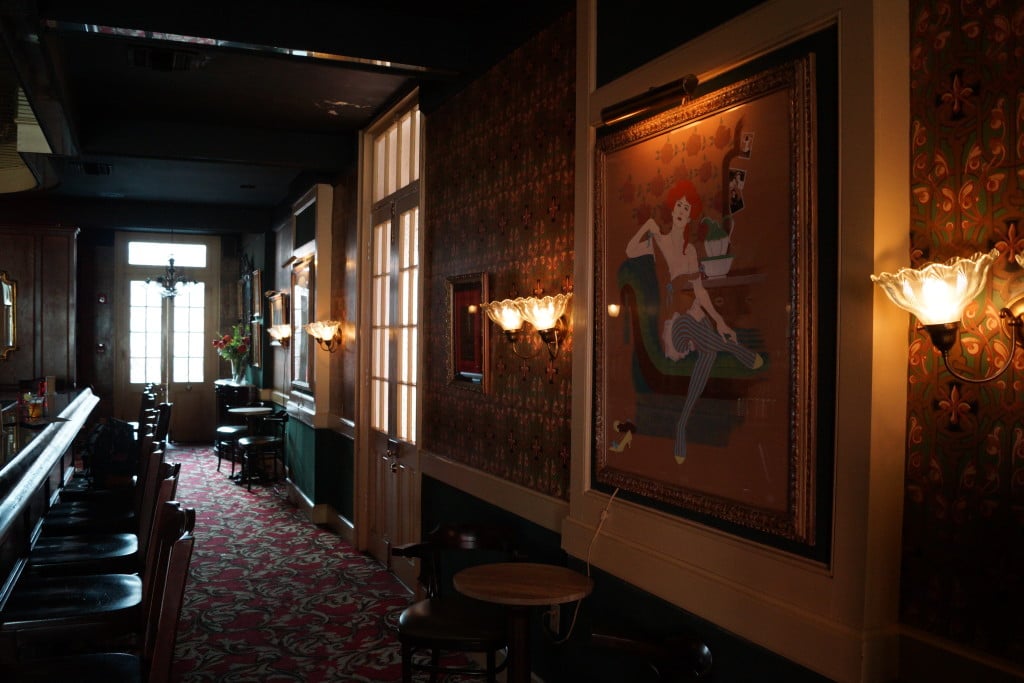 The Ghosts of May Bailey's

At first glance, May Baily's Place, in the French Quarter of New Orleans, seems to have not changed much since its construction in 1821. Portraits by E.J. Bellocq, a famous Storyville photographer, decorate the walls and set the stage for this once notorious bordello which sat on the outskirts of the New Orleans red-light district. It's now the Dauphine Orleans Hotel bar. Within these walls, John James Audubon painted his famous Birds of America, women in scant dresses tantalized men to jolly music, and even a few confederate soldiers, suffering battle wounds of the Union ultimately lost their lives here. New Orleans has seen a lot of changes outside the walls of May Bailey's Place, and the inside has seen a steady stream of people. What they came in for depended on its operations at the time… though not all of them end up leaving. As a matter of fact, on our Haunted Tours of New Orleans, we occasionally visit the ghosts which still haunted May Bailey's.

May Baily's Place is credited with being the first licensed brothel in New Orleans. The year was 1857, and police were cracking down on the red-light district by daily issuing fines to every establishment in an effort to clean up the city. This part of the story I like, because to me, it  embodies the rogue and defiant New Orleans spirit. May Bailey's offered to pay this  fine to the city, in advance because they had no intention on cleaning up their act. And thus, the creation of the brothel license, which you will find prominently displayed on their wall. You'll also find a red light bulbs prominently displayed in the back patio and above the front windows which pay tribute and remind guests of these original roots.

Before being a brothel, hotel or bar, the building was a convent that served as a hospital during the Civil War. It would be fair to guess that the ghosts of the deceased may still linger about the halls with unrest, and, in fact, the ghosts of confederate soldiers have not been shy about showing their faces. The Ghosts of Civil War veterans are said to roam about the haunted hotel and bar with their well-dressed ladies of the night. One of these soldiers is said to be a high-ranking General, seen pacing the courtyard worriedly. Guests have also reported their suspicion of these same ghostly guests being responsible for the shaking bouncing beds they felt in the wee hours of the morning, and late afternoons. The Ghosts of a wayward gal, some believe to be a Baily employee, has reportedly haunted the bar for the last 40 years, moving about the bottles to her taste, and may also be the one responsible for locking men in the bathroom. May Baily's sister, Millie Baily, the Lost Bride of the Dauphine Orleans Hotel, is said to hang around the facilities in her wedding dress, which her fiancé never got to see. Or perhaps you'll get the chance to share a dance with Jewel and her companion orb, suspected to be a cat, in the "Quadroon" Ballroom.

May Baily's is famous for their Pimm's Cup, which on a New Orleans;summer day that is hot enough to melt your shoes to the ground, I can't imagine another drink I'd want to sip on. When I sat down at the bar, sweat rolling down my entire body, I was eager to have something refreshing, and the fruit, ginger ale, and fresh cut cucumber on the rim was perfect. Once I cooled off a little, I took a look around the room and was excited to see Bellocq prints, as well as Bellocq-inspired work paintings. I greatly encourage everyone to check this place out, strike up a conversation about ghostly encounters with the friendly staff, or share a dance with Jewel. Normally a relaxed atmosphere, this bar has done a good job at perpetuating the memory of this era in New Orlean's history- right down to the red lights that still hang from the building today. If you're looking for a cold drink and a few ghosts, consider stopping in at May Bailey's.

Get to know New Orleans' Most Haunted Hotels

The site of a deadly fire